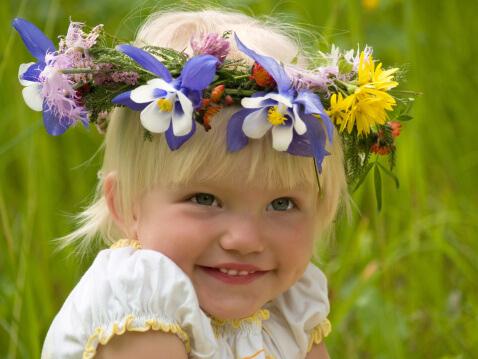 It’s peak allergy season in many areas, with spring trees still pumping out millions of grains of pollen each day and the summer grasses already starting to contribute their share. Sneezing, running nose, and itching – itchy eyes, itchy nose, itchy throat – wouldn’t it be great to be able to prevent allergies before they even got started. Preventing asthma and allergies is possible, according to a study in the June 2003 issue of Thorax.

Children at high risk for asthma and allergies were recruited in 1990 to be part of this study. Half of them went about life as normal, and the other half had a low-allergy diet as infants – starting with breast milk (with moms on a low-allergy diet) or Nutramigen formula (no milk or soy-based formula). This group of families also undertook significant measures to avoid exposure to house dust during infancy. Both groups were followed for years, and those in the normal group were 4 to 5 times more likely to develop asthma, allergies, or eczema. Prevention worked! The authors conclude that avoiding allergens during infancy is what made the difference. I wonder, though…

Allergies happen when the body is tricked into thinking that harmless particles are dangerous invaders. The immune system tries to get rid of these allergens by sneezing them out, flushing them out with tears or mucus, or dislodging them with nose rubbing. It tries to prevent them from getting into the lungs by constricting the airways. These are all normal responses to toxins and viruses. They are allergies if the trigger is not really a problem.

To me it makes sense that infants’ avoiding those foods that commonly trigger allergies would result in fewer allergies. The immature gut allows intact proteins to slip into the body and trigger an immune response. Babies are built to start life with only one food, and then to have only a limited variety for a number of months. I believe that the hypoallergenic diet helped the children in the study.

Avoiding inhaled allergens, though, may be another story. Other studies have shown that babies who are exposed to dogs and cats before the first birthday, for example, are far less likely to develop allergies later. It seems to me that the nose is designed to detect changes (which is why you often no longer notice even very strong odors if you are around them long enough). It seems to me that a baby’s nose learns what is “normal” to have around them in the air during the first year or so, and then begins to consider some later arrivals as dangerous invaders – the body develops an allergic response to them. Perhaps the allergy prevention would have been even stronger without the mattress covers! Once allergies are present, avoiding the allergens – whether they are pollens, pets, dust, foods, or anything else – is a powerful way to reduce the allergies. Avoiding one item you are allergic to can even reduce your allergies to something else (some people are only allergic to certain foods during the pollen season, for instance). But for babies who have not yet developed allergies, too clean may make matters worse.

There may have been other differences between the two groups in the study. One half certainly worked harder and paid more attention to allergy issues. We still have a lot to learn. What’s exciting about this breakthrough study is that it demonstrates that preventing allergies, asthma, and eczema is truly possible. Now we just have to learn how best to do it.