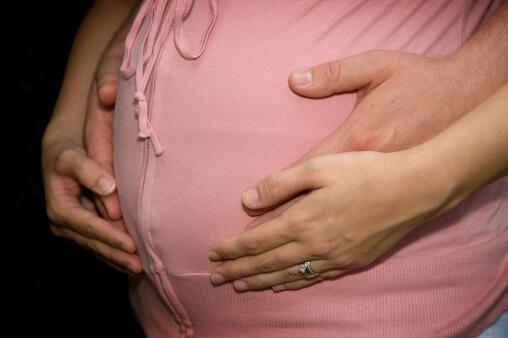 Health Canada has issued an August 2004 advisory that certain anti-depressant medicines taken during the third trimester of pregnancy may cause symptoms in the baby at birth. Health Canada is the country’s federal department responsible health.

The anti-depressants included in the advisory are citalopram (Celexa), venlafaxine (Effexor), fluvoxamine (Luvox), paroxetine (Paxil), fluoxetine (Prozac), mirtazapine (Remeron), sertaline (Zoloft), and bupropion (brand names Wellbutrin or Zyban, which might be prescribed for depression or smoking cessation). The symptoms they warned about include feeding difficulties (sometimes requiring temporary tube feedings), breathing difficulties (sometimes requiring temporary mechanical ventilation), seizures, muscle rigidity, and constant crying in the babies. Direct effects of the drugs, or withdrawal from the drugs, could cause these symptoms after birth.

The main purpose of the advisory was to increase awareness among mothers and physicians of the issue, so that symptoms can be recognized and treated quickly. Pregnant women should NOT just stop taking the medicines. When treating depression in pregnant women, physicians and patients should carefully consider together the potential risks and benefits of the various treatment options for both the mother and the unborn baby. Physicians may consider slowly decreasing the doses of these medications in the third trimester.