New study shows pesticides collateral damage on pregnancy and prematurity is on the rise -- in some cases, shockingly so. 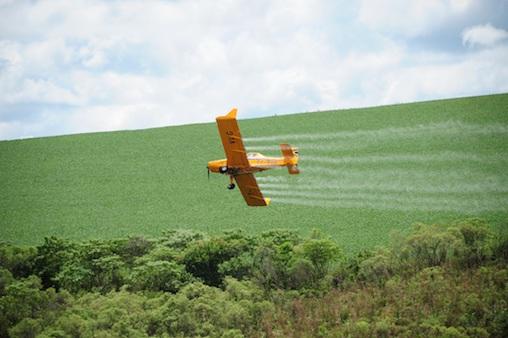 The total amount of herbicides sprayed on soy crops in the US in 2017 will be more than double what it was when my kids were born.

As recently as ten years ago, most soybean fields in the US were sprayed with just one or two herbicides. In 2017, most soybean growers will spray four or more herbicides on their crops.

Why Does this Matter?

In a recent study of pregnant women in Indiana, Dr. Paul Winchester and team found glyphosate (or Roundup) in the urine of more than 90% of the women tested. And, consistent with previous pesticide and prematurity research, they found higher levels of pesticide were linked with shorter pregnancies. Not all exposures were equal.

On some days it might sound appealing to some for pregnancy to be shorter – but it’s not what you want for your baby!

Until this year most herbicides in the Midwest were sprayed in just a 6 week-window: most of the year was a relative-herbicide-free zone. But with the escalation of this chemical warfare on weeds, the new schedule calls for heavy herbicide use for 4 months each year. Pretty much all pregnant women will be pregnant during weed killer season. We don’t know what this will do to reproductive health.

The Children’s Environmental Health Network (CEHN) has just launched a Healthy Kids project to bring peer-reviewed science to bear when making public decisions that affect us all. They will support more science to answer the questions we need answered. And they will educate professionals, policy makers, and all of us about what we can do to protect our children and help them to thrive.

In the meantime, I’m a fan of organic agriculture, tilling the soil to grow healthy crops in a way that’s not just sustainable, but enriching. Bon appetit!

Dr. Greene is a practicing physician, author, national and international TEDx speaker, and global health advocate. He is a graduate of Princeton University and University of California San Francisco.
Get Dr. Greene's Pregnancy NewsletterSign up for Dr. Greene's FREE week-by-week newsletter, timed to your pregnancy to keep you up to date on every stage of your baby's development.
No comments yet. Start the conversation!