Obesity and the First Week of Life 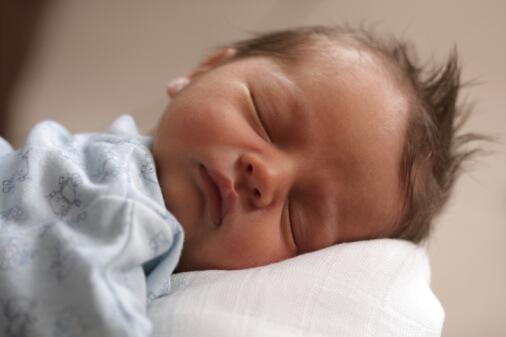 How a baby eats during the first week of life may set lifelong eating patterns that could lead to obesity, according to a fascinating study from the Children’s Hospital of Philadelphia, published in the April 19, 2005 Circulation. Here, 653 formula-fed babies were each measured on 7 different occasions while they were babies.

They were contacted again when they had grown to be adults in their twenties or thirties, and a life-course weight plot was developed for each of them. About 32 percent of them had become overweight adults. Strikingly, the speed at which the babies gained weight in the first 8 days was very predictive of their risk of becoming overweight adults. For every 3 ½ ounces of increased weight gain in those first 8 days, there was a 28 percent increased chance of later becoming overweight.

Weight gain during the first 112 days (3-4 months) was also connected with later weight problems, but less strikingly than the first 8 days. Perhaps during that first week, babies are setting their internal sense of how much is “normal” for them to eat, how much it takes for them to feel full. Those who eat too much during the first week may be programmed to eat too much later on, without even noticing. In contrast, before babies are born, slow weight gain of the fetus (as when the mother smokes cigarettes) tends to lead to overweight problems later.

Perhaps before birth the babies are learning whether food is plentiful (they can feel safe burning it for fuel) or scarce (they should try to store all the fat they can). Now we learn that the first 8 days may be a critical time for setting babies on the right nutritional path. Thankfully, breastfeeding normally leads to correct amount and pacing of feeds during that first week. With formula-fed kids, care should be taken not to over- or under- feed, as we learn more about the implications for obesity of those early days, weeks, and months.