A Must for Children with ADHD 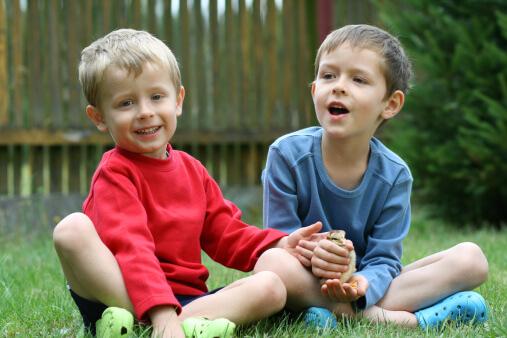 A recent study has changed my thinking about ADHD, and I hope it changes the way that all children with ADHD are evaluated and treated. And that parents are treated. Parents deserve better understanding and support than they traditionally get. Dr. Andrea Chronis and her team at the University of Maryland make a compelling argument that whenever children have ADHD, getting help for their parents should be thoughtfully undertaken.

ADHD tends to run in families. In the Maryland ADHD Program study of 214 children, the parents of children with ADHD were 24 times more likely to have ADHD themselves than were parents of children without ADHD. These results were published in the December 2003 Journal of the American Academy of Child and Adolescent Psychiatry. As is often the case, many kids in the study also had Oppositional Defiant Disorder (ODD) or Conduct Disorder (CD) in addition to their ADHD. Their parents had higher rates of depression and other psychological problems, including alcohol and other types of substance abuse.

Is this genetic? Or might it result from the increased stress of dealing with ADHD? Both are probably true to some extent. Significantly, all treatments for ADHD tend to be less effective when the parents have their own psychological issues. It makes sense that parent with ADHD might be less able to make needed environmental changes. Even medications, however, are less effective when the parents. problems are untreated. This has important implications.

Whether or not parents have symptoms of their own, they are likely to be under great stress. Dealing with a child with ADHD can be exhausting, frustrating, and embarrassing (as well as creative, energizing, and delightful). Listening to parents and offering practical support should start at the beginning of an ADHD evaluation and continue through the course of treatment. The treatment plan should be developed with this in mind.

‘Medications alone are not sufficient to treat ADHD,’ Dr. Chronis emphasized when we spoke about her study. ‘We need to look beyond the child to recognize and treat the parents’ issues,’ for their own sakes and for the sakes of the children. Dr. Chronis is the director of the Maryland ADHD Program.

When treating obesity in children, I know that success is most likely if the whole family eats healthier and spends more time being active . even if only one child is obese. It makes deep sense to me that family changes would also have the greatest impact in ADHD, even if parents don.t have psychological issues. If parents do have ADHD or are depressed, it makes sense that success in the children would be extremely difficult without helping everyone.

I hope I never look at a child with ADHD in isolation again.