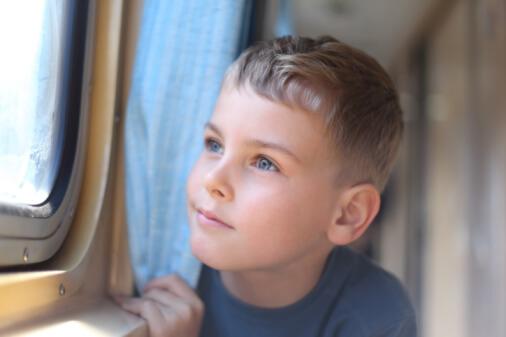 The CDC issued a notice on April 11, 2006 about 9 different commercial air flights in the US occurring in late March and early April where infected passengers may have been contagious, passing mumps to fellow travelers who might not have developed symptoms yet. It’s a vivid reminder that our increasing connectedness can allow infections to spread widely.

This latest alert is part of a string of updates about the 2006 Iowa mumps outbreak. In a typical year, there are about 5 cases of mumps in Iowa; in 2006, there have already been over 600 suspected cases reported in Iowa alone, and the outbreak has spread to 6 neighboring states. The source of this outbreak isn’t clear, but it may be linked to a 2005 epidemic in the UK with more than 56,000 cases.

Mumps is a contagious viral illness. Typical symptoms include feeling yucky for a few days, perhaps with fever, headache, tiredness, muscle aches, and decreased appetite – followed by swelling of the saliva glands one or both sides of the face. About 2/3 of the people with mumps have the typical symptoms, and recover with no lasting problems. Many have no symptoms at all. But some do have complications, including mumps in the testicles, which can cause lasting fertility problems. Mumps can also occur in the ovaries or breasts. In addition, mumps can cause meningitis, encephalitis, and deafness. Some pregnant women who get sick will lose their babies.

In the 2005 UK outbreak, the overall complication rate was about 5%.

Mumps is spread through contact with infected respiratory droplets or saliva. Once someone catches mumps, it’s usually 2 or 3 weeks (up to 25 days) before they develop any symptoms. People with mumps are usually contagious for about 12 days, beginning 3 days before they have any symptoms – making it easy for people to spread it before they know they have it. People who have had the measles, mumps, rubella vaccine (MMR) are far less likely to catch or spread mumps. Mumps used to be quite common in the US. It started to decrease after the mumps vaccine was introduced in 1967, further decreased when the vaccine became standard in 1977, and decreased again in the 1990’s when children began getting two doses of the vaccine.

Healthcare providers should be especially vigilant for mumps while the current outbreak is in progress. People who think they may have mumps should be in touch with their healthcare providers – all the more so if they were on one of the affected air flights. With careful tracking of the illness, and strategic isolation of contagious people, we can reduce the chance that pregnant women and others will be unsuspectingly exposed.