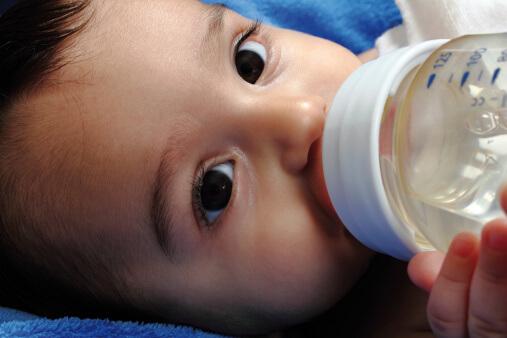 Melamine in Baby Formula: Not a reason for panic in the US

We’re all worried when we hear that more than 50,000 Chinese infants have been sickened and six have died from melamine-tainted baby formula. Melamine ingestion can clog the kidneys and lead to dangerous renal problems. Chinese manufactures were adding the toxic chemical to milk to disguise test results that measure protein levels.

Here in the United States, trace amounts of melamine have been discovered in the formula made by the three biggest US manufacturers (though not in any of the organic formulas). It probably got there by incidental contact with melamine somewhere in the manufacturing process. The good news for parents is that melamine in US baby formula is no reason to panic. A baby would need to drink about 10,000 cans of this formula to get the same amount of melamine as that found in one of the tainted cans from China. The Food and Drug Administration has set a new standard threshold of acceptable levels of melamine at or below 1 part per million. All of the amounts in US baby formula are below the maximum allowed. The level allowed by the FDA in other foods is 2500 parts per billion.

While I’m not a fan of melamine, I don’t see the trace amounts of melamine that your baby may ingest as being a concern. When it comes to trace exposures, I’m much more concerned about chemicals that act as hormones, such BPA, phthalates and some pesticides. Although the melamine scare may keep some parents up at night unnecessarily, my hope is that the headlines start conversations about how to make our families’ food with safer and greener ingredients and processes.