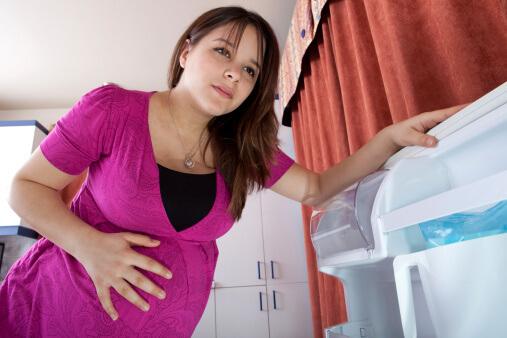 Almost half of the pregnant women in the in the United States receive prescriptions from their doctors for medications that the FDA has determined have no evidence to suggest safety during pregnancy, or worse, that evidence has shown can harm the baby developing within, according to a report from the Agency for Healthcare Research and Quality published in the August 2004 American Journal of Obstetrics and Gynecology.

Nearly 5 percent of pregnant women are prescribed medicines with definite risks to their babies . risks that outweigh any possible benefits. The FDA categorizes drugs as A, B, C, D, or X, depending on what we know about their effects during pregnancy. Category A medicines are most likely to be safe. There is also evidence that category B drugs are probably safe. Category C medicines have no evidence of human safety, and might have evidence of reproductive harm in animals. Category D medicines are known to be dangerous to babies, but might have enough of a benefit to mothers that their use may be justified. Category X medicines are known to be dangerous, with risks that outweigh any possible benefit. They should not be used during pregnancy.

In the United States each year, more than a quarter of million pregnant women are prescribed category D or X medicines . often without their knowing about the dangers. This number is probably an underestimate, because it does not take into account pregnancies that end in the first trimester. Double check that any prescription or over-the-counter medicine you take during pregnancy is safe for you and your baby. According to this study, the most common category D and X medicines taken by pregnant women are: doxycycline (an antibiotic with brand names like Adoxa, Atridox. Doryx, Doxy-Caps, Monodox, and Vibramycin), atenolol (Tenormin), secobarbital (Seconal), lorazepam (Ativan), clonazepam (Klonopin), alprazolam (Xanax), propylthiouracil, diazepam (Valium), tetracycline, nortriptyline (Pamelor), temazepam (Restoril), ergotamine (Bellamine, Bellaspas, Bel-Tabs, Cafergot, Duragal, Eperbel, Spastrin, or Wigraine), testosterone, flurazepam (Dalmane), triazolam (Halcion), warfarin (Coumadin), simvastatin (Vytorin, Zocor), misoprostol (Arthrotec, Cytotec), atorvastatin (Caduet, Lipitor), and fluvastatin (Lescol).* The list of common category C drugs would be far longer. Medicines in any category might be wonderful to take when one is not pregnant, but women who are expecting deserve to be alerted to the risks during pregnancy.

*Note: This is not an exhaustive list of category D and X medicines.