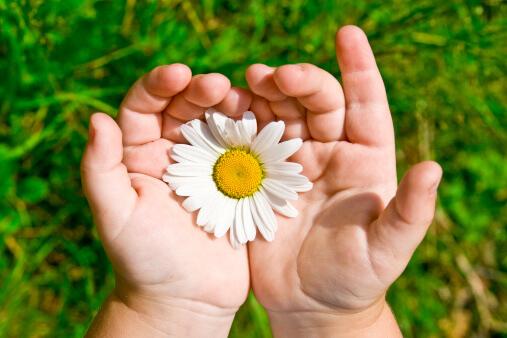 The CDC issued an advisory on June 18, 2008, alerting consumers about the danger to children from lead on some (not all) synthetic turf fields – especially for young children on older fields with visible wear or dust. This advisory is still in effect. The Consumer Product Safety Commission (CPSC) speedily conducted their own evaluation of synthetic turf fields and announced on July 30, 2008 that “young children are not at risk from exposure to lead in these fields,” and that “none of these fields released amounts of lead that would be harmful to children.” While I appreciate the CPSC’s attempt to answer the lead question quickly, I vigorously disagree with the announcement they made based on the testing they did. It’s a disservice to parents of young children.

Let’s look at some of the facts. Because of serious health risks, lead paint is banned if it is more than 0.06 percent lead. The CPSC report is based on results from only six fields in use (as well as a handful of brand new samples from one firm sent to the lab for analysis – which thankfully were not a concern). From two of the six actual fields tested, only a single small sample was tested. Four of the six actual fields tested (all of those that were sampled more than once) were found to contain lead, with the lead content ranging from 0.09 percent to 0.96 percent – or from 50 percent above the amount allowed in paint to 500 percent above this amount.

We know that the lead in paint is released into paint dust that could get on children’s hands and then into their mouths. Is the lead in synthetic turf released in field dust? To answer this question they firmly rubbed a small wipe, about the diameter of a palm, on the field for a few seconds and then measured the lead in the wipe. All of the fields with lead in the turf also had lead on the wipes.

Was the amount enough to harm young children?

The CPSC says that blood levels less than 10mcg/dL in children are safe. THIS HAS NO BASIS IN FACT. They report that they use this level as a safe level because that is what the CDC uses, and point to the CDC’s August 2005 publication “Preventing Lead Poisoning in Young Children” as justification for this. But in this very pamphlet, the CDC says that the level of 10 is “frequently misinterpreted as a definitive toxicological threshold” or in other words, don’t imagine that below ten means safe. In fact, they go on to state, “As the accompanying review of recent studies indicates, additional evidence exists of adverse health effects in children at blood lead levels <10 mcg/dL.”

And lead has also been associated with ADHD. A blood lead level as low as 2 mcg/dL is linked to a 4.1 fold increase in the risk of ADHD. Even a level of 1 mcg/dL doubles the risk. Experts estimate that an extra 290,000 children in the US have ADHD because of lead exposure (Braun 2006).

Next, the CPSC assumes that it would take exposure of 15 mcg of lead in a day to raise the blood levels above 10 mcg/dL, so exposure to levels less than 15 mcg would be safe. But the wipe samples had as much as 98.7 mcg of lead. The CPSC assumed, though, that the wipe would pick up about five times more lead than a child would pick up playing on the field for hours and getting lead on both hands, the face, the clothes. So they divided their results by five. Then they assumed that only half the persistent lead would ever make it to the child’s mouth, so they divided those results again by two. I can’t find where either of these assumptions has been adequately validated. Even so, they came up with estimated daily exposures of up to 9.9 mcg in a child’s mouth. To me, this is unacceptably high. For young children, I would pay attention to levels above 1.5 mcg.

Based on this rushed, uncertain science they made these blanket statements to the public in their video press release: “We evaluated a variety of synthetic turf products for lead and found children are not at risk. Based on the testing we did, consumers should not be concerned about using these fields.” And “We examined samples to determine the presence of lead and to test for hand-to-mouth exposure by simulating repeated skin contact. The synthetic turf either had no detectable lead or would not expose hands to levels of lead which would present a risk to children.” I don’t understand how or why they could say these things.

As I have written elsewhere, I see synthetic turf fields as a complex issue with advantages and disadvantages for our health and for the environment. It will be a while before some of the science is sorted out. In the meantime, I believe that synthetic turf fields should be held to the same 0.06 percent maximum lead content standard that applies to other surfaces such as paint, furniture, and to toys and other items intended for use by children.