Lead: From G.I. Joe to Purses

The Center for Environmental Health tested women's purses from the nation's largest retail chains and found them to have very high levels of lead. 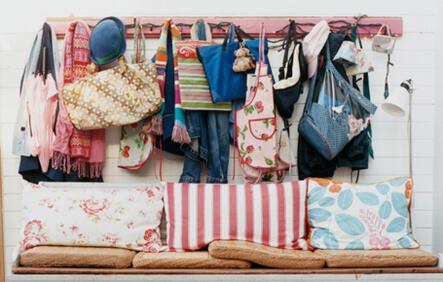 The story broke on ABC World News with Diane Sawyer. Correspondent and hard-hitting investigative reporter Lisa Fletcher announced that the Center for Environmental Health had tested women’s purses from the nation’s largest retail chains and found to have very high levels of lead – high enough that California would require them have a warning label for cancer and birth defects, and in some cases a hundred times higher than the 300 ppm maximum for children’s toys. The purses in question were made of faux-leather (PVC or vinyl). The brightly colored purses had the highest levels. Lead is very toxic, especially to children and especially when it goes in the mouth. How concerned should we be?

When I was a child, typical lead levels in the bodies of Americans dwarfed those found in pre-industrial times. We had lead in our paint, in our gasoline, and in our indoor plumbing (the word ‘plumbing’ comes from the Latin word for ‘lead’). We had lead in our toys – and not in the trace amounts that get banned today. My childhood Clue game featured a pipe made with real lead, and I remember how it felt in my mouth. My G.I. Joe’s diving suit came with “real lead weights!”

Since I was young, lead levels in our bodies have plummeted. And our generation turned out okay… or did we? We would likely have been smarter without the lead exposure. And a number of recent studies have linked childhood lead exposure back then with the surge in Alzheimer’s disease that we are seeing today (see below). Because protecting children from lead is so important, the first not-for-profit board of directors I ever served on was for a group called Lead Solutions in Oakland eighteen years ago. Even since then, we’ve come a long way forward on this issue.

But it is more toxic than we used to think. There are now about 290,000 children in the US that have ADHD because of exposure to trace amounts of lead, even with lead levels as much as eighty percent lower than what many still call safe. And about 1 in 14 children in North America have lead levels above current safety levels, more than enough to damage their brains.

Yes, finding 300 ppm in women’s purses would be lower than exposure levels a few decades ago – but still far higher than what should be. And the Center for Environmental Health found levels 30 to 100 times higher than that! Beyond this, even that 300 ppm reference maximum is almost obsolete; it will drop to 100 ppm on August 14, 2011, making the numbers in the current story even more out of line.

Keep the Lead Out

Some lead can enter the body through the skin or when it is inhaled, but the main route is through the mouth. The priority is to keep things containing lead out of the mouths of children – and of women who may one day have children (not that any amount is healthy for any of us). This is another great reason to wash the hands before eating – not just to remove germs – but to reduce lead and other environmental toxins that may have gotten on our hands as we rub against the world.

Note: Two types of evidence concern me about the relationship between lead and Alzheimer’s disease.

First are the animal studies, such as one where half the baby monkeys were exposed to lead and the other half were not, to see what happened over their lifetime. In young adulthood there was no obvious toxicity. But as they began to age, those with the exposure had cognitive decline similar to what we see in Alzheimer’s disease.

Second there are cross-sectional human studies. Researchers wouldn’t intentionally expose some people to lead to see what happened. Instead, they measured the lead levels in the adult’s leg bones. Those who had the highest levels of this known potent neurotoxin had the highest rate of both cognitive decline and Alzheimer’s disease, just as one might expect from the controlled animal studies.