Our Kids Are Watching… 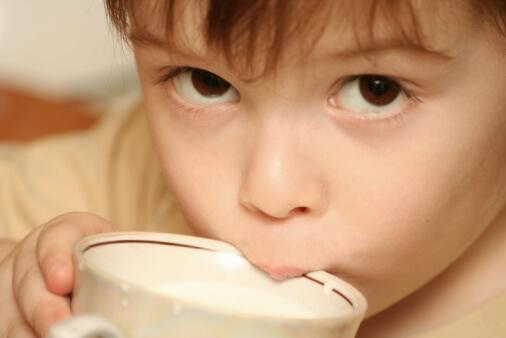 …what we eat and drink and smoke. Children as young as two are already developing their own internal ‘scripts’ about adult social life that they will want to imitate, according to a study in the September 2005 Archives of Pediatrics and Adolescent Medicine.

Researchers at Dartmouth College set up a pretend grocery store stocked with 133 miniature items including fruits, vegetables, breads, cereals, cigarettes, meats, dairy, beer, wine, desserts, candy, snacks, condiments, spreads, prepared foods, and a selection of nonfood items. In one of the scenarios in the study, children were asked to select two dolls. The child was to pretend that one of the dolls was inviting a friend over to watch a movie and have something to eat. Then the child took the host doll to the grocery store to buy whatever they wanted. The kids filled their carts with an average of seventeen items. When their carts were full, they were to come to the checkout counter. The researcher asked the child what each item was during checkout. Then the child went back to the house to play out the social evening with the friend.

Kids. choices reflected what they saw their parents eating, drinking (or smoking). More than 28 percent bought cigarettes for their evening with a friend, and 62 percent bought alcohol. Children were three to four times more likely to buy cigarettes if their parents smoked and to buy alcohol if their parents drank at least monthly. But the media the children were exposed to appeared to be even more influential. Kids who watched PG-13 or R movies were more than 5 times more likely to buy alcohol than their G-rated peers.

At the checkout stand and back at the pretend ‘home,’ the children talked about their purchases. More than 70 percent of those who bought cigarettes or alcohol role-played using them at home. They said things like, ‘I like smokes,’ or ‘Daddy’s booze.’ One 6-year-old couldn’t identify the name of his own favorite cereal (Lucky Charms), but he could identify Marlboro cigarettes by name from among the various brands. Adult behavior is so important to our kids.

This experiment at Dartmouth College, with the parents watching hidden behind a two-mirror, is a mirror-image reversal of everyday life with our children. At home, we are the research subjects and our children are studying us – often without our being aware. They look to us and to the media to learn what desirable adult behavior is. One of the best gifts we can give our children is to be conscious that they are watching.