Jumping out of a Plane More Than 47 Times Safer Than Checking into a Hospital. Unless…

But when it comes to counting fatal mistakes – medical errors causing hospital deaths by human or equipment error – I find the math more startling. 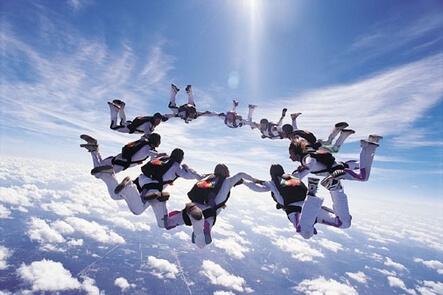 But when it comes to counting fatal mistakes – hospital deaths caused by human or equipment error – I find the math more startling. According to the World Health Organization, about 1 in 10 people admitted to a hospital is harmed by a medical error, and about 1 in 300 of those harmed dies from the mistake, for a fatal mistake rate of 1 in 3000. This means that 99.97% of those admitted avoid fatal mistakes. Good news, perhaps, but not nearly good enough.

By contrast, the United States Parachute Association reports that in 2010 the death rate was only 1 per 142,857 jumps from an airplane. By my calculations this is more than 47 times safer than hospitalization when it comes to human or equipment errors.

The silver lining of the hospital too-high death rate is that these are preventable errors. Here are my top tips:

I recently read an advance copy of Joe and Terry Graedon’s* soon-to-be released book, Top Screwups Doctors Make and How to Avoid Them. It’s the best guide I’ve seen yet for stopping these mistakes before they happen. This could be one of the most important books you will ever read if you or a loved one will be dealing with doctors, hospitals or prescription medications — or if you’re a doctor yourself.

Everyone makes mistakes. Working together can be one of the best ways to prevent errors, which is one of the reasons I believe the Society for Participatory Medicine (and its blog) to be so important. As I’ve said before, consider the power of collaboration and personal responsibility to achieve health. Healthcare is a team sport and a solo flight, a wave and a particle.

* Joe and Terry Graedon are our newest editors at the Journal of Participatory Medicine.