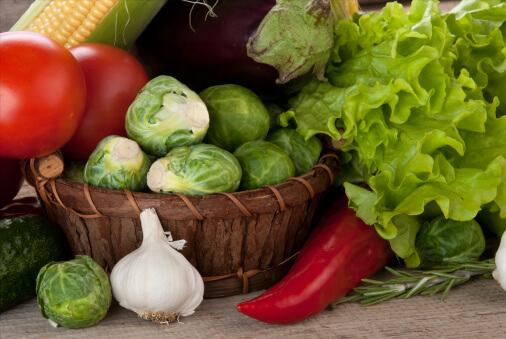 A 2012 analysis estimates that today’s children age 0-5 in the US have lost more than 16 million IQ points from exposure to organophosphate pesticides. They’re exposed to these pesticides almost entirely from our food.

Organic foods are grown without the use of toxic synthetic pesticides, antibiotics, artificial hormones, or genetic engineering. They depend on cultivating healthy soil to grow healthy plants to produce healthy animals.

But not long ago, headlines blared that a new study had found that organic food isn’t any healthier. Let’s look behind the headlines, causing many parents to wonder whether organic was really worth it.

The study in question wasn’t new science, but a compilation and analysis of some of the existing studies comparing organic to conventional food. What did this paper find?

The study also didn’t include the large body of literature about the toxic effects of some of these pesticides.

If everyone in the country smoked a pack of cigarettes a day, it would be very difficult to tell that cigarettes caused lung cancer in a small, but significant, percentage of those who smoke. Today, almost all of us carry synthetic pesticides in our blood – pesticides that get there from our food. This is true even in babies at the moment of birth. I participated in a study with the Environmental Working Group where we analyzed umbilical cord blood and found pesticides in every baby tested. We found 21 different synthetic pesticides in babies’ blood.

One group of pesticides, the organophosphates, were originally produced as nerve agents during World War II. We still have much to learn about their health effects, but higher levels of exposure (in real world conditions) have been linked to lower IQ, memory problems, developmental problems, and ADHD.

The 16 million IQ points lost in young children from organophosphates carries a price tag of more than $169 billion in lost productivity when they grow up. And we take out a new debt of $28-30 billion every year – about the same amount as the total amount of money spent on organic food each year in the US.

Choosing organic food can drop a child’s organophosphate pesticide exposure almost overnight. In another study, suburban Seattle children had their urine tested multiple times for evidence of organophosphate pesticides and it was present in all samples, suggesting exposure above what the EPA set as a safe level. Then the children were switched to mostly organic food. The pesticides disappeared. They were virtually undetectable in morning and evening urine samples for five days. Then the children were switched back to their typical suburban diet and the levels found in their urine shot back up.

We can decrease pesticide exposure on the very next shopping trip.

The EPA says, “Protecting children from the potential effects of pesticides is one of EPA’s most important responsibilities. Pesticides have widespread uses and may affect children’s health in a variety of settings. We recognize that children are at greater risk from pesticide exposure.”

Choosing organic is a choice for decreasing toxic pesticides in our air, water, and farmers – as well as on our plates and in our children.

When you buy conventional food you are three times more likely to bring multidrug resistant bacteria into your home than when buying organic. (48.4% of samples versus 15.9%).

The authors found this difference, but concluded it was unimportant because they thought bacterial resistance is fueled primarily by human antibiotic use.

Resistant bacteria are emerging as a major health threat.

According to the FDA, “Today, almost all important bacterial infections in the United States and throughout the world are becoming resistant to antibiotics. Antibiotic resistance has been called one of the world’s most pressing public health problems. The smart use of antibiotics is the key to controlling the spread of resistance.”

We know what causes resistance. When bacteria are exposed to antibiotics they develop ways to survive, making them more resistant to antibiotics.

The most highly resistant bacteria discovered so far were found not in hospitals or clinics, but in the soil.

Organic food, which doesn’t allow the use of antibiotics, is part of the solution to resistant bacteria – in our environment and in our own homes.

The headlines trumpeted that organic isn’t worth extra money. The study in question found a five-fold difference in pesticides and a three-fold difference in multidrug resistant bacteria (plus significantly higher healthy omega-3 fats in organic). It didn’t even look at differences related to the use of artificial hormones or genetic engineering – or of artificial colorings, preservatives, and sweeteners in processed foods.

Every bite of food is an investment in our bodies or a debt of some kind we are taking out that we will have to pay back. Good food, organic food, is a delicious investment.