A Huge Idea About Organics 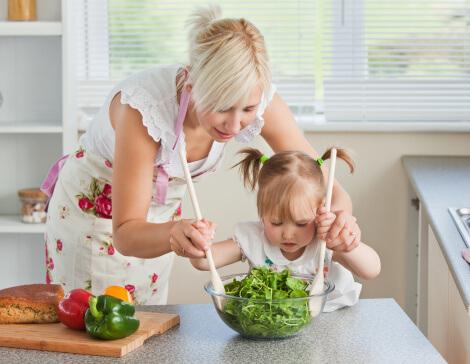 Young babies and elderly adults are living at important times of transition. They share some common vulnerabilities and possibilities. For example, the otherwise healthy people most at risk for serious problems from the flu are the very young and the very old. On the positive side, getting omega 3 fatty acids, particularly DHA, in the diet seems to be especially helpful for the brain at the two ends of life.

We’ve learned that DHA supports brain growth and mental development in babies. In seniors, it appears that DHA can slow the normal decline in mental powers and decrease the risk of Alzheimer’s disease. What might these times of transition share when it comes to organic food? Many of the chemicals used in modern agribusiness were tested for safety only on otherwise healthy men in the prime of life (if they were tested at all). This is inadequate! If the flu had only been tested on otherwise healthy men in their prime, scientists would have concluded that it was a minor illness – not an important infection that kills 36,000 people in the US in an average year.

If breast cancer were only measured in men, scientists would conclude that it was an uncommon cancer. Clearly, other populations need to be considered. I have four children of my own still at home. It’s only since they were born that focus has turned on the vulnerable population of young children in considering the value of choosing organic foods. Pesticides have been shown to be proportionately more harmful to developing babies and children than to adults in their prime. Getting plenty of DHA in the diet, avoiding contact with chemical pesticides, and avoiding the flu are all known to be important for babies (and for pregnant and nursing women – other key times of transition).

Here’s my big thought: I suspect that, as with the flu, chemical pesticides are also much more harmful to those over 65. I expect they trigger cancers and harm the brain at a higher rate than in younger adults. I hope that the safety of these pesticides for the elderly will become a hotbed of new research. I think that when researched carefully, the golden years will prove to be another especially important time for choosing organic foods. Wholesome foods are a powerful way to build, repair, and maintain the only bodies we have.