HPV Vaccine for Boys and Girls

Should all 11 and 12-year-old boys and girls be vaccinated against sexually transmitted human papillomavirus (HPV)? The short answer is ... 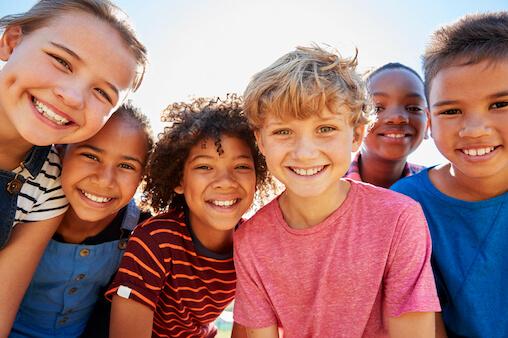 Yes. The HPV vaccine is safe and very effective against certain types of cancers. If started before a child’s 15th birthday, only two doses spaced 6-12 months apart are needed for protection.

Typically the HPV vaccine has been offered at the 11 or 12-year-old visit (when your adolescent is receiving their Tdap and MCV vaccines). However, the vaccine is approved for use at age 9 years, and the American Academy of Pediatrics states “The AAP recommends starting the series between 9 and 12 years, at an age that the provider deems optimal for acceptance and completion of the vaccination series.” Offering the vaccine earlier leaves ample time for discussion about the vaccine’s benefits and safety profile, and spreads out the number of vaccines a teen receives at age 11. The immune response is robust at age 9 years, and there is no current evidence of waning immunity of this vaccine. A retrospective study showed that participants were 22 times more likely to complete the HPV vaccine series when it was started at age 9 or 10, as compared to 11 or 12 years.

The HPV vaccine is actually recommended to all those under 26 years. And, in fact, many adults between the ages of 27-45 years are receiving the vaccine after discussing it with their doctors.

The HPV vaccine, approved by the FDA in June 2006 for girls as young as age 9, appears to be virtually 100% effective at preventing the two strains of HPV that account for about 70% of all cervical cancers. Cervical cancer is second only to breast cancer in the number of cancer diagnoses made each year in women. About a third of the cases are fatal. In fact, among teen girls, HPV infections with strains that cause warts have decreased 86% since the introduction of the vaccines. Among vaccinated women, cervical cancer has decreased by almost 40%!  As a pediatrician whose wife has had breast cancer, I am moved by the suffering that might be prevented in my daughter and others in the next generation.

Benefits of the HPV Vaccine

A common fear of some parents about HPV vaccination is that it could encourage young girls to participate in promiscuous sexual behaviors, increasing teen pregnancy and sexually transmitted diseases. A 2012 article in Pediatrics has shown that over a period of 3 years after HPV vaccination in girls, there is no increase in pregnancy rates, sexually transmitted disease, or requests for contraceptive counseling. Another study from Michigan in 2019 also found similar results. The authors concluded that HPV vaccination status was not correlated or associated with initiation of sexual activity nor an increased number of sexual partners.

Based on all the benefits of the vaccine, both girls and boys should receive HPV vaccination between ages 11 and 12.

Last medical review on: February 27, 2021
About the Author