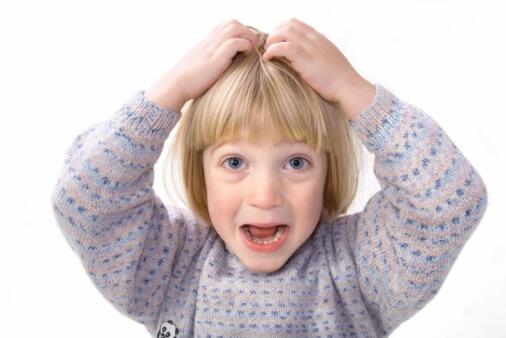 How common are head lice? Are they really getting increasingly resistant to the pesticides commonly used to treat them? Researchers in the United Kingdom decided to tackle this question by randomly selecting kids from a pool of almost 300,000 children in 1644 different elementary schools. Over 4000 random kids were carefully checked for lice. The results were published online in the Archives of Disease in Childhood on June 14, 2006. Lice were found on the heads of 8.3% of the students – about 1 in 12. Genetic and biochemical testing of the lice revealed that 4 out of 5 were resistant to pyrethroid pesticides, the kind typically used in lice preparations. To me, this makes non-toxic, non-pesticide lice remedies increasingly attractive, even though much scientific work still needs to be done to evaluate them. Several of these gentler remedies are already appearing in the scientific literature.

How about home shrink wrapping your child’s scalp? Cetaphil cleanser, a gentle, over the counter cleanser for people with sensitive skin, has been used for dry-on lice suffocation. The Cetaphil is liberally applied to the scalp, dried-on with a blow dryer, and then shampooed out the following morning. In one study it appeared to be 96% effective (Pediatrics, December 2005). I’ve tried the Cetaphil on myself, just to see how the drying process worked. Unfortunately, (or fortunately!) I didn’t have lice at the time, but the treatment steps were pleasant – as lice treatments go. It did feel like I was wearing a helmet overnight.

Another option is a lotion containing 4% dimeticone (dimethicone in the U.S.). This active ingredient is also used in anti-gas drops for colicky babies, and in some diaper rash lotions. This lotion has been studied more rigorously than Cetaphil, and was found to be 73% effective (June 10, 2005 BMJ).

There have been a sprinkling of reports of success with a variety of other remedies, from Dove conditioner, to Listerine mouthwash (on the scalp, not in the mouth), to Hair Clean 1-2-3, to something called the Robi-comb. This is a fine-toothed comb, powered by a single AA battery. When the insulated teeth of the comb make contact with a louse, there is a change in the sound it emits, indicating that a small electrical charge has been issued and the louse has been killed (Journal of the American Academy of Dermatology, February 2005). Of course, shaving the head and wearing a powdered wig is a time-tested remedy. Lice can cause enough itching to make people consider it, but there are enough other effective choices without this drastic approach.

Whatever choice you use, the good news is that lice can only survive for 55 hours without feeding on human blood. A good friend of ours leaves the house for the weekend whenever there is an attack in the family. If you get the lice out of the hair, the ones that are left will disappear with a tincture of time, even if pesticides can no longer do the job.