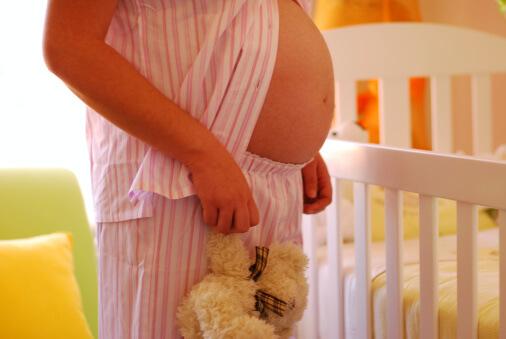 Quitting smoking can be miserable – especially for a newborn baby whose developing brain has been damaged by the tobacco. Smoking regular cigarettes during pregnancy can have the same neurotoxic effects on the baby’s brain as using heroin or cocaine according to a Brown University study published in the June 2003 issue of Pediatrics. Nobody wants her baby to be agitated, jittery, and screaming.

Nevertheless, in this study the babies who had been exposed to cigarettes before birth showed the same behavioral problems, developmental problems, and withdrawal symptoms as seen in babies who had been exposed to harder drugs. The data suggest that these effects on the brain could lead to long-term lower IQs and a higher risk of ADHD. The dramatic symptoms in the study were seen even though the smoking women in the study averaged 6.7 cigarettes a day. The severity of the withdrawal symptoms mirrored the number of cigarettes smoked.

The most recent estimate from the National Household Survey on Drug Abuse suggests that 17.6 percent of pregnant women in the U.S. smoke – usually daily. While this is far less than the 30.5 percent of non-pregnant women between the ages of 15 and 44 who smoke, the number is far too high. More than 1 in 6 new babies are affected!

Helping women stop smoking may be one of the most important things we can do to give the next generation a healthy start.