Healthier Babies and Insect Sprays: A Change That Worked 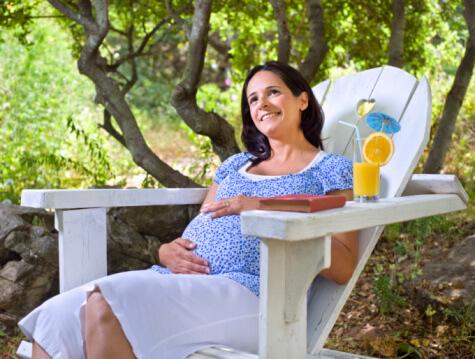 Women who wouldn’t consider smoking while pregnant might not think twice about putting flea collars on their pets or spraying to control cockroaches. Thankfully, somebody did. While revelers were celebrating at midnight on New Year’s Eve 2000, a new federal regulation quietly went into effect banning an insecticide, chlorpyrifos, at least from products that say on the label that they may be used indoors. Chlorpyrifos had been the single most common pesticide in the United States.

More gallons were used in Manhattan each year than the total gallons of all pesticides combined in any other one county in the state. It was used in sprays, pet collars, and in fogger to kill fleas, cockroaches, or termites. It was also professionally applied. It works by interfering with brain signals. A 2000 ban on the indoor use of diazinon went into effect a few months later. Diazinon had been the nation’s #2 selling home and garden insecticide and works in much the same way. As a result of home use, the EPA had found levels in toddlers up to 10,000 times what they considered a safe dose.

Before the ban, high levels of these pesticides in umbilical cord blood were associated with poor growth of the baby, comparable to having a mother who smoked. A 2004 study by Dr. Robin Whyatt and colleagues at Columbia University in New York, published in Environmental Health Perspectives, found that after the ban babies’ cord blood levels have plummeted, and no ill health effects on the babies have been found. This ban enacted by the EPA just over four years ago is already having a measurable effect on the health of humans. It continues to protect us and our children.