Health Check: Are Your Kids Getting Enough Vitamin D?

Researchers found that about 70 percent of U.S. children have low levels of vitamin D, a problem that puts them at higher risk for bone and heart disease. 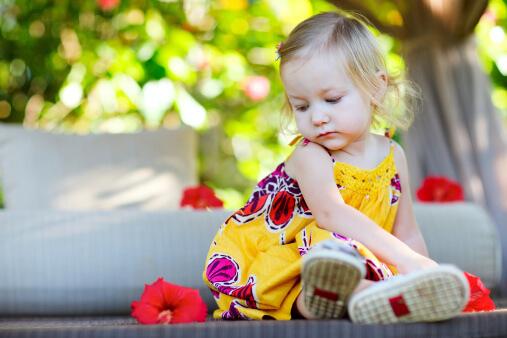 I was disappointed to hear the results of a new study about vitamin D levels in our children. Researchers found that about 70 percent of U.S. children have low levels of vitamin D, a problem that puts them at higher risk for bone and heart disease – among other things. Some groups were even more susceptible to insufficient levels of the sunshine vitamin, including girls, African- and Mexican-Americans, obese kids, kids who drank milk less than once a week, and kids who spent more than four hours per day engaged in couch potato-type activities like watching TV, playing video games or using computers.

The researchers called the results “shocking,” but I can’t say I’m surprised. It’s tough for our kids to get enough vitamin D. Our body can produce it when our skin is exposed to sunlight sometime between the hours of about 10 am and 3 pm, but today’s kids are often indoors most of the day. And when they are outdoors we parents do a great job of using sunscreen to prevent dangerous burns, which creates a barrier to the vitamin D production. Most foods do not contain a significant amount of vitamin D, and it’s hard to ingest enough vitamin D-fortified milk, yogurt, cereals, and breads to get the recommended 400 IU/day that the American Academy of Pediatrics now recommends for kids. Kids can get a full day’s supply from just one 3.5-oz serving of a fatty fish such as catfish and salmon, but eating too much fish has its own risks, and despite the many benefits of fish, the way we have polluted our waters has prompted the FDA and EPA to recommend that young children only get two meals a week of fish or shellfish low in mercury.

One easy and efficient way to ensure your kids get the vitamin D they need is to give them a multivitamin supplement every day with 400 IU of vitamin D. In addition, I give my kids (and take myself) vitamin D dots containing 1000 IU on days we are indoors between 10 and 3. The study showed that kids who did take supplements were less likely to be deficient in vitamin D, but only 4 percent of the kids in the study took supplements! I hope the findings of this study and the increased attention to kids’ nutrition will encourage more parents to safeguard their children’s vitamin levels with a good multivitamin. Read more about choosing the right supplements.