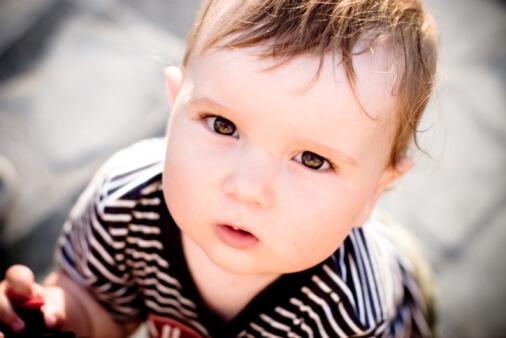 Exposing babies’ or toddlers’ brains to radiation might result in small but measurable decreases in intellectual function, according to a study in the January 3, 2004 British Medical Journal. At least in boys. The study looked at over 3000 eighteen and nineteen year old young men who had received different doses of radiation before they were 18 months old (during 1930 to 1959).

They were being treated for hemangiomas on the scalp. In general, the higher the dose of radiation early in life, the lower their adult scores on tests of learning ability and logical reasoning (but not spatial recognition). Their average test scores for logical reasoning decreased 2-3 percent with a radiation dose similar to one or two head CT’s.

The study seems to me to be hard to interpret, because machines have improved significantly since 1959 and because the children’s head hemangiomas may have been the real cause of the change in test scores. This study is not a cause for the alarm I’ve seen in several sensationalized news reports. But it does suggest that we only obtain head CT’s when the benefits outweigh the risks, that we be sure that kids not get adult settings on the machines, and that we continue to improve techniques and equipment for minimizing unnecessary radiation.