One of the Hardest Substitutions … 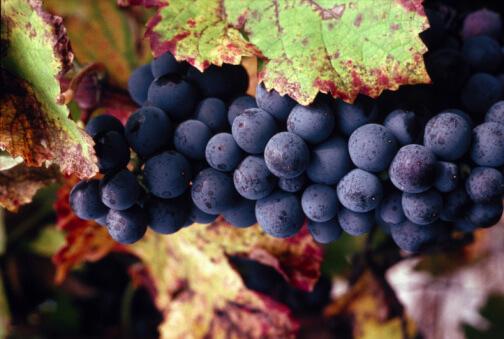 Originally, one of the hardest organic substitutions for me was changing to organic wines. You might think this one would be easy for me. I was especially motivated to make this switch because my wife Cheryl’s childhood bedroom was just a few feet from rows of grape vines. One of her most haunting childhood memories is the spray rig coming on Saturday mornings to blast the vines with pesticides.

I learned about the pesticides used on grapes before I learned about many others. I usually prefer big red wines. I wanted to love the organic versions, but I didn’t. So, staying true to my organic pledge, I began to drink only certified organic wines.but to me they just didn’t compare to the complexity of other reds I had enjoyed. Then I made my discovery.

I was invited to bring my favorite ‘big’ red wine to a gathering of e-healthcare pioneers for a tasting/contest. I admit it. I felt ashamed of my organic options for substitutions. My friends and colleagues are connoisseurs with attitude (‘friends don’t let friends drink merlot’). My bottle of inexpensive grocery store organic wine already paled against their dusty bottles, some of which cost $100 and up.

A few hours before the contest began I was talking with one of the real wine experts (not to say snobs) about organic wines. And that’s when I learned the trick with organic wines. He recounted to me, ‘You know, the bestglass of wine I ever had was made before World War II’ which was before pesticides were used commonly ‘and when I first took a sip it was almost undrinkable. But after letting it sit for 6 hours it was easily the most delicious wine I’ve ever had. Perhaps your organic wine just needs to breathe for awhile before being enjoyed.’

Always excited to try new things, we opened up my bottle of wine to let it breathe. Six hours later, the taste test began. And much to the surprise of every wine aficionado there, my twelve dollar bottle was the clear favorite and winner.

Thanks to this experiment and discovery, I now look forward to sharing and enjoying organic wines with my friends and colleagues. This story exemplifies that we need to learn more about how to store, prepare, and use organics for best effect, but most importantly it just shows the facts; organic tastes better.