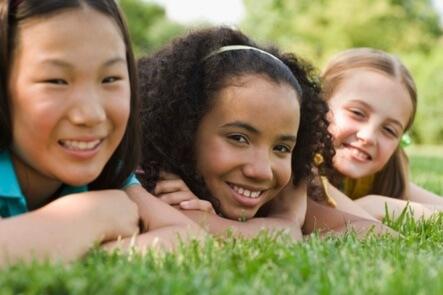 Modern kids tend to spend much less time outdoors than kids did a few generations ago – and that change could make a particularly big difference in the winter months, with today’s kids often not making the amount of vitamin D they need for optimum health. Some have observed that kids who don’t get enough vitamin D may get 3 times as many colds and flus than others in their class. Could simply taking a vitamin D supplement slash respiratory infections in kids?

A careful 2010 study suggests the answer is yes.

More than 300 school children were given either 1200 IU of vitamin D3 or a placebo for 4 months during the winter, in a forward-looking, randomized double-blind trial. To be precise with the results, researchers who didn’t know which group each child was in tested the kids for laboratory-confirmed influenza A using nasal swabs. The results were impressive.

In the absence of time in the sun, it typically takes 1000 IU a day of vitamin D3 to get optimal blood levels. Most multivitamins have no more than 400 IU of D (and it’s often just D2) – but kids shouldn’t take more than one serving of a multivitamin daily because of all the other ingredients. A glass of milk has about 100 IU, but kids shouldn’t drink 6 to 10 glasses a day. Playing in the sunshine with the skin exposed can give at least 20,000 IU.

Personally, I also take vitamin D dots most days, unless I’m sure I’ve had plenty of time in the sun.

One little change could make a big difference in your child’s school year – and yours.