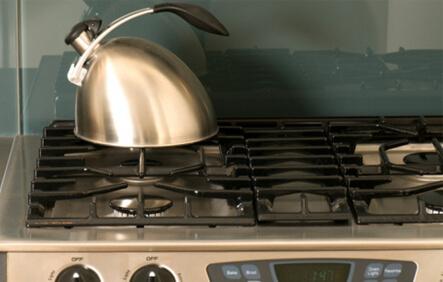 According to a groundbreaking new study, preschoolers with gas appliances in their homes scored lower on cognitive tests and were more likely to have ADHD than their peers. Researchers visited the homes of 482 babies in the first twelve weeks of life to count gas appliances in the homes and to install a device to measure average nitrogen dioxide levels in the kitchen over a two week period. Nitrogen dioxide is an odorless gas that can be released from cooking on a gas stove. Later, when the children were four years old, researchers performed detailed testing of their intelligence and behavior. They found a direct relationship between the number of gas appliances (especially unvented gas appliances), the level of nitrogen dioxide in the indoor air, and the odds of having ADHD (especially the inability to pay attention). They also found slightly lower scores on cognitive tests (especially on tests of verbal intelligence and on executive function). These associations remained even after adjusting for other potential factors such as breastfeeding, smoking or drinking during pregnancy, educational level, or income.

Some Kids Are at Higher Risk

The researchers also took DNA samples from the babies, looking for a gene related to the ability to detoxify certain environmental pollutants (the glutathione gene GSTP1). The antioxidant it produces can help to prevent damage from nitrogen dioxide and many other compounds. About half of the children were genetically less able to deal with exposures such as this. The associations in the study were much stronger for those children.

As an example, with children who had two gas appliances (e.g., a gas stove and a gas fireplace) and the protective form of the gene, they just have a typical chance of having ADHD and they score an average of only 2 points lower on general intelligence tests than their peers without any gas appliances. However, children without the protective gene but with the same exposure were almost seven times more likely to have ADHD by age 4 and scored about 10 points lower on intelligence tests than their peers: about 0.5 points lower for every 1 ppb of nitrogen dioxide that had built up in their indoor air. The gene made a big difference. So did the amount of nitrogen dioxide.

A Caution About this Study: Preliminary But Plausible

This appears to be the first major study of indoor air pollution and brain function. It’s important, but far too soon to draw firm conclusions. Moreover, the study was done in Europe, where there are countless differences from here in the homes and lifestyles. Even if the study were repeated here, and similar results found, this would only show an association between these things – not necessarily that one causes the other.

What You Don’t See

Each breath we take deepens the link between the environment and our bodies. Sometimes air pollution feels like it’s beyond our control. There’s more evidence all the time, though, that the most important air quality is in our own homes – especially for young children. Here we can make a difference, and it can be easy, inexpensive, and refreshing.