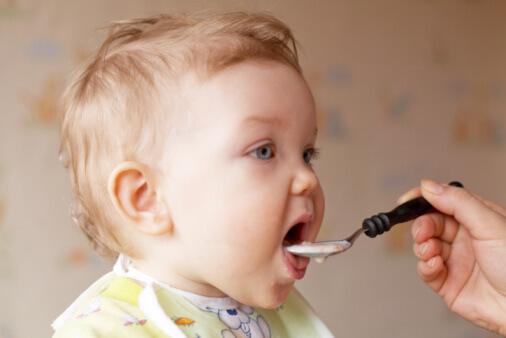 The AAP’s Caring for Your Baby and Young Child suggests yogurt as a healthy food for babies and toddlers as early as 8 months old. Most young babies begin life nutritionally sound with breast milk or an approved formula. Most make a smooth transition to healthy first cereals, fruits, and veggies. But during the transition from baby foods to table foods, and during toddlerhood, many American children start to fill up on tempting but empty calories. Too often, parents don’t think of yogurt during this critical time. The AAP Committee on Nutrition says that nonfat and lowfat milk products are not recommended during the first 2 years of life. Fat is important for brain development during the first 2 or 3 years. Full fat yogurt designed for infants and toddlers is available. Yogurt is a nutritionally dense food that many kids love. It contains more calcium than milk. The calcium benefits alone are reason enough to choose yogurt.Why Else Choose Yogurt?