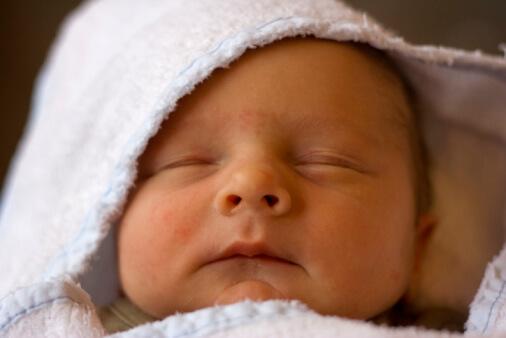 High levels of a potentially toxic flame retardant have been found in the breastmilk of US women, according to a September 23, 2003 study released by the Environmental Working Group. The average amount in American women’s milk was 75 times the average found in European women. This is not a reason to hesitate about breastfeeding. These chemicals, called PBDEs (polybrominated diphenyl ethers) save hundreds of lives each year by preventing or slowing fires. However, animal studies suggest that some of the PBDEs used as flame-retardants can damage memory, learning, sperm counts, and pubertal development.

The good news is that the levels proven to cause these problems in animals are 10 to 20 times the levels found in American breastmilk. The bad news is that levels in humans have doubled since 2001. And we don’t know the effect of lower levels. We do not even know how the PBDEs get into women’s bodies. We do know that these are persistent chemicals that bioaccumulate: each time an animal eats another lower in the food chain, the pollutant is stored in the fat, reaching higher and higher levels up the food chain.

Perhaps women are getting their PBDEs from the animal fat in meat and dairy products. This then appears in the breastmilk and is passed to nursing babies, one step higher on the food chain. Perhaps woman are inhaling PBDEs directly from the environment. Not surprisingly, they are found in house dust. They are widely used in the US in carpets, furniture, mattresses, and plastics. The polyurethane foam used as padding in so many products may be the worst source. Since Europe moved to ban PBDEs, some international manufacturers, such as Ikea, have begun using thicker foam to avoid PBDEs and still meet safety standards for fire resistance.

What should we do? The many proven benefits of breastfeeding far outweigh the potential risks of PBDEs in breastmilk. One thing we need to do is learn the truth about PBDEs. In August, California became the first state in the US to ban two of these chemicals now accumulating in nursing moms and babies. This makes sense to me. We don’t know what levels are safe in animals. And, shockingly, all of the studies to date are animal studies; there have been no studies on their effect in humans. Yet we have chosen to commercialize them and scatter them all around us – in our bedrooms, our kitchens, our offices, our cars, our food, even in mother’s milk. I believe we should learn about chemicals such as this before giving the green light to make new persistent chemicals virtually unavoidable in our environment!