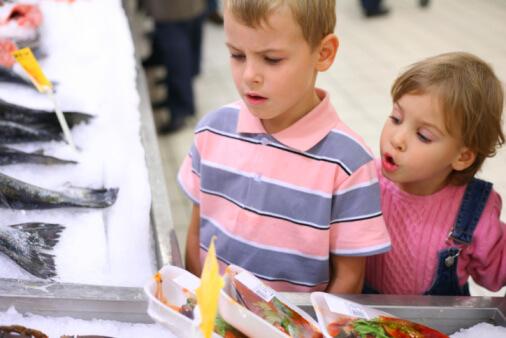 A new federal study of fish from 300 streams across the U.S. showed every fish in the sample contained mercury. Mercury damages children’s immune systems and kidneys, but we’re even more concerned about its effect on the developing brain of a child in the womb. The mercury we find in fish can damage the nervous system and cause learning disabilities before kids are born, and can affect infants and young children as well.

The relatively good news from the study is that while all the fish samples had some mercury, only about 25 percent exceeded the EPA’s maximum recommendations for contamination for people who eat an average amount of fish.

Researchers examined more than 1,000 fish, including bass, trout and catfish. According to the study, the main source of the mercury is emissions from coal-fired power plants, where it is released from smokestacks and ends up in our water. The highest levels of concentration were found in fish from the Carolinas, Georgia, Florida and Louisiana. They attributed mercury sources in Western states to runoff from gold and mercury mining areas.

It’s such a shame that one of the best sources of lean protein and healthful nutrients has become such a storehouse for toxic waste. Fish, especially oily fish such as salmon, trout and mackerel, are high in omega 3 fatty acids, which can be so good for a growing body and a heart-healthy diet. Luckily it’s fairly easy to find other great sources of some omega 3s, such as walnuts, dark green leafy veggies, flaxseeds and some canola oils. But unless you’re sure your child is getting enough, I recommend a balanced supplement that ensures you and your family receive the recommended dose of the key nutrients kids may be most likely to miss, otherwise known as “the Greene 13”: calcium, fiber, folic acid, iron, magnesium, omega 3 fatty acids (especially DHA), phosphorous (except for kids who drink carbonated beverages and get too much phosphorus), potassium, vitamin A, vitamin C, vitamin D, vitamin E, and zinc. (More resources: Choosing the Right Vitamin Supplement for Your Child)