Fathers for Organic – Part 4 of 7: Against All Odds 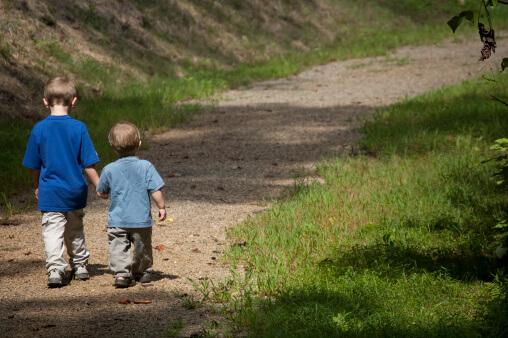 In January 2005, they published their analysis of pesticide use and breast cancer risk in the families of the farmers. This part of the Agricultural Health Study looked at farmers’ wives without a history of breast cancer who were recruited into the study between 1993 and 1997. The researchers carefully analyzed the hundreds who developed breast cancer by the year 2000. (This is short-term data, so far. It will be many years before we have the story of what happens when the children in this study grow up. But children are even more vulnerable to most toxic exposures.)

Strikingly, even with apparently less toxic pesticides, the closer the farmers’ houses were to where the pesticides were sprayed, the higher the rates of breast cancer in their wives. The women with homes closest to areas of pesticide application had the very highest rates8.

Cheryl’s childhood bedroom window was just a few feet from the grapevines.

Against all odds, Cheryl survived her cancer, and is an ever more vibrant, giving woman. She is still the heart and soul of DrGreene.com. We’re grateful every day for the opportunities we’ve had since 1996. Her cancer has changed us forever.

Did her early toxic pesticide exposure cause Cheryl’s cancer when she grew up? I didn’t know then, and I probably never will. But I did know that I didn’t want other children put at this risk. Our personal medical crisis was broadening my heart as a father to include children growing up on today’s farms. And to those outside of farm communities. Pesticides drift in our wind and in our groundwater. I was also starting to see children in cities and suburbs in a new light.