Fathers for Organic – Part 3 of 7: A Father’s Insight 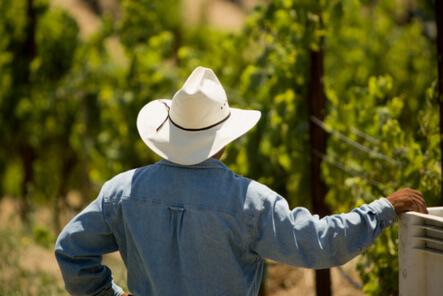 My wife’s name is Cheryl. When my youngest was a baby, she was radiant and full of life. We were enjoying parenting together, and enjoying being partners on DrGreene.com. She was responsible for the design, the engineering, the correspondence, the heart and the soul. I was the doctor responsible for answering parents’ questions. Life was good. No, great!

…until Cheryl discovered a lump in her breast. A chill went down our spines. But many lumps prove to be benign. The results of Cheryl’s biopsy hit like a truck (I know. I’ve been hit by a truck. But that’s another story). Cheryl had cancer. Stage III, high risk, inflammatory breast cancer. The prognosis was grim. She was diagnosed on March 22, 1996, and not expected to live to see the New Year.

Our life was shaken to the core. Reeling myself, I helped Cheryl navigate through the best treatment options for her specific cancer. Over the next year, she had four surgeries, 38 radiation treatments, and ten harrowing months of intensive chemotherapy2.

Meanwhile, one of the pressing questions I was grappling with was “Where does breast cancer, this monster that had stolen our simple happiness, come from?” Like so many women with breast cancer, Cheryl did not have breast cancer in her family. But she grew up on a farm.

Cheryl was a farmer’s daughter. Her family grew raisins on a beautiful farm in California’s fertile central valley. She described to me lying in her bed as a little girl and listening to the exciting rumble of the pesticide sprayers outside her childhood home, as the toxic fumes filled the air. But she thought of this as fun, not as a threat. And she grew up drinking water from a well on their farm, a water source we later learned had been contaminated with pesticides. She bathed in this water. Her family cooked with it. She drank it on hot, thirsty days over ice cubes made from the same water.

Several lines of reasoning suggest that the pesticides used on farms are partly responsible for the increased cancer rates we see in farmers and their families6. The structure and function of these chemicals, their effects on animals, and what we are learning about their effects on people are all reasons for concern.

Several of the first studies I read about pesticides and breast cancer were a startling wake-up call for me7. I strongly wanted my own children not to be exposed unnecessarily to these pesticides. And when I pictured in my mind where our food was coming from, how it was grown, I found myself not wanting our family’s food choices to put my family or any farmers’ families at increased risk. And the chemicals used on the farm don’t stay on the farm. They contaminate our air and our water; they travel in the fog rolling over our hills, and in the “pure” falling snow. The herbicide Atrazine has been measured in falling rain at concentration of 40 ppb. In scientific research on frogs, a concentration of only 0.1 ppb has been shown to cause severe hormonal problems, fertility problems, and gender confusion.

If these chemicals are hurting people and animals on the farm, how might they be harming the rest of us??? What else might they be doing? The enormity of what we still don’t know about their effects calls for making thoughtful choices, or what we call the precautionary principle. We need to be wise parents now, rather than just waiting for science to answer these questions.

(2) Another tough part of her diagnosis and treatment: Cheryl was confronted with the need to stop breastfeeding (and to feed formula instead). She had continued to nurse, even through her surgical breast biopsy. But this became no longer possible. As we were learning new truths about the importance of nutrition, the last thing we wanted to do was to try to find a substitute for nature’s perfect food for our son. The decision to use infant formula can be a challenging, even controversial, decision no matter what the circumstances — especially to consumers concerned about formula companies’ record of exploitation in undeveloped countries. But for some women, like Cheryl and other mothers with cancer, there may be no better choice. I continue to marvel and to learn new ways that breast milk is the ideal food for babies. But I am grateful for the research and development that has gone into the modern formulas that we needed to use. And as a man, I never want to make a women feel guilty for her own feeding choices, whatever her reasons.
(3) Fleming LE, et al., National Health Interview Survey Mortality Among US Farmers and Pesticide Applicators. American Journal of Industrial Medicine 2003 43:227-33.
(4) Agricultural Health Study website. http://www.aghealth.org/background.html accessed April 5,2005.
(5) O’Leary LM, et al., Parental Occupational Exposures and Risk of Childhood Cancer: A Review. American Journal of Industrial Medicine 1991 20: 17-35.
(6) Daniels JL, et al., Pesticides and Childhood Cancers. Environmental Health Perspectives 1997 105:1068-77.
(7) Krieger N, Wolff MS, Hiatt RA, et al., Breast cancer and serum organochlorines: A prospective study among white, black, and Asian women. Journal of the National Cancer Institute 1994 86:589-599.