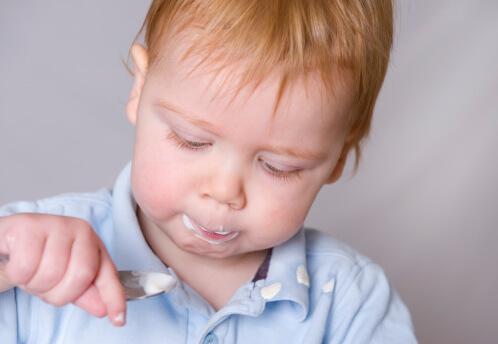 The opposite of antibiotics are probiotics – a term coined in 1965 to describe substances that favor the growth of beneficial bacteria in the body.

Two species of probiotics, Bifidobacterium and Lactobacillus, have been studied the most.

In a placebo-controlled study, Lactobacillus was given to children along with antibiotics, resulting in fewer cases of diarrhea and milder diarrhea for those who did get it.

Lactobacillus is most effective at preventing and treating rotavirus and other viral infections.This suggests that probiotics are not just friendly placeholders in the gut, but active immune enhancers.

By reducing inflammation, probiotics appear to be useful in treating a variety of gastrointestinal problems including inflammatory bowel disease (such as Crohn’s disease or ulcerative colitis), ulcers, and irritable bowel syndrome. Flatulence and non-specific tummy aches can also be decreased.

Food allergies are caused by the production of antibodies (IgE) against something in the diet. Normally, a substance in our bodies called interleukin (IL-12) prevents this. A recent study showed that consuming Lactobacillus can increase IL-12, decrease IgE antibodies, and thus help prevent and treat food allergies.

Many children with eczema have flare-ups triggered by what they eat or drink. In one fascinating study, a group of children who received Lactobacillus had significant improvement of their eczema within one month!

One of the most startling recent studies of Lactobacillus indicated a “marked, long-term” protective effect on the heart, preventing and decreasing damage from lack of oxygen to the heart muscle. The effect was attributed to the demonstrated changes in inflammation and the immune system.

Because probiotics can decrease the presence of carcinogens in the intestines in several ways, they may prove helpful for preventing cancer. One important study suggests that in the soy-rich Japanese diet that seems to prevent breast cancer, it is the abundance of the beneficial bacteria Bifidobacterium in some soy products that is at least partly responsible for the powerful preventive effect.

While active-culture yogurt has proven helpful in many areas, and seems to be helpful in many others, it appears to do nothing to combat vaginal yeast infections. It has been recommended both orally and topically, but when evaluated no benefit is found. Perhaps this is because the normal population of Lactobacillus continues to thrive in the vagina even during a yeast infection.

Lactobacillus can help prevent yeast in the GI tract, diaper area and in the mouth. Probiotics can also help to prevent urinary tract infections.

Dr. Greene is a practicing physician, author, national and international TEDx speaker, and global health advocate. He is a graduate of Princeton University and University of California San Francisco.
Get Dr. Greene's Wellness RecommendationsSignup now to get Dr. Greene's healing philosophy, insight into medical trends, parenting tips, seasonal highlights, and health news delivered to your inbox every month.
1 Comments
Lashawn on January 16, 2019

I enjoy reading through a post that can make people think.