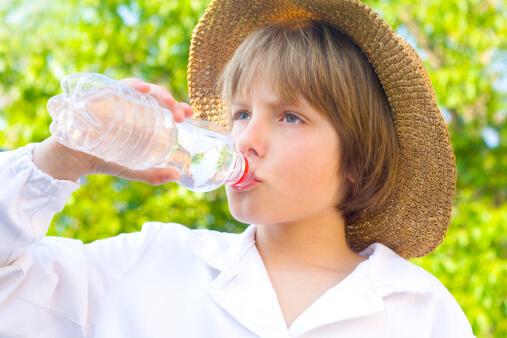 A fasting blood sugar of 100 to 125 mg/dL or a random blood sugar between 140 to 199 mg/dL is diagnostic of prediabetes, according to this same definition.

Prediabetes occurs when a person’s blood glucose levels are higher than normal but not high enough to be diagnosed with type 2 diabetes.

The name, diabetes mellitus, comes from the Greek words for “to flow through” and “sweet.” The Greek physicians used to diagnose the condition by actually tasting the urine. (That’s dedication!)

Normally, a hormone called insulin pushes sugar from the blood into the body’s cells where it can be used for fuel. The concentration of sugar in the blood remains within a fairly narrow range. If the body stops making insulin (type 1 diabetes), then adequate sugar doesn’t get into the cells.

Without insulin, muscle and fat begin to be burned for fuel (evidence of this — ketones — shows up in the urine). The person feels hungry all the time, but loses weight in spite of increased eating. Without replacement insulin, the person would eventually starve to death. Meanwhile, the concentration of sugar in the blood begins to increase. When the level reaches around 180 mg/dL, the sugar begins to spill over into the urine. This causes the person to make more urine and then to get thirstier, creating an accelerating cycle.

If the disease remains undiagnosed, symptoms progress to include labored breathing, coma, and death.

People who get type 1 were born with a genetic predisposition to it. Not everyone born with this predisposition gets the disease, however. In fact, if an identical twin has it, the other twin gets it only about half the time.

Along the way, some of the predisposed individuals are exposed to something in the environment that triggers the diabetes. This is usually a viral infection. The virus misleads the body’s immune system into making antibodies against its own pancreas cells that make insulin. (This is why type 1 is now also called immune-mediated diabetes.) The insulin-producing cells of the pancreas are gradually destroyed over time. When 90% of them have been destroyed, the person suddenly begins to develop symptoms.

Immune-mediated or type 1 diabetes most often strikes young people, especially between the ages of 5 and 7 (when viruses run through the schools), or at the time of puberty (when so many hormones change). For this reason, it used to be called juvenile-onset diabetes.

According to the National Diabetes Information Clearinghouse, just over 175,000 children under age 20 in the United States have the disease.

About 800,000 people in the United States now have type 1 diabetes.

Type 2 diabetes is caused, not by the absence of insulin, but by insulin not working properly. It is much more frequent in overweight adults over the age of 45, but can occur at any age and weight. There are often no symptoms.

The National Institutes of Health estimates that more than 7 million adults in the United States have undiagnosed type 2 diabetes.

As obesity becomes more common among children, the number of children with prediabetes and with type 2 diabetes has been rising dramatically in recent years.