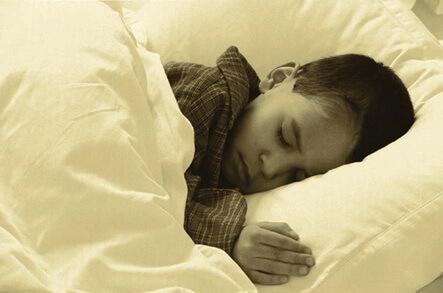 Contrary to popular opinion, bed wetting is a very common problem. It affects somewhere between five and six million children.

Secondary nocturnal enuretics are completely dry at night for a period of at least six months and then begin wetting again.

In secondary enuresis, the key is finding out exactly what has changed. There might be a new psychological stress such as a divorce, a move, or a death in the family. It might be something physical: the onset of a urinary tract infection or diabetes, for example. It might be a situational change – perhaps altered eating, drinking, or sleeping habits.

With primary nocturnal enuresis one almost always finds another relative who was a bed wetter. This corresponds to what is called an autosomal dominant inheritance pattern.

In recent years, researchers have identified an association with bedwetting and two genes named ENUR1 and ENUR2. In studying certain families with primary nocturnal enuresis, researchers discovered that members who wet the bed were more likely to have the ENUR1 or ENUR2 gene than those who did not. More recently, the possibility of a third primary nocturnal enuresis-related gene (ENUR3) on chromosome 22 has also been uncovered. Presumably these genes affect either whether children will need to urinate at night or how easily they can wake up when their bladders are full.