Using a Fan to Prevent SIDS 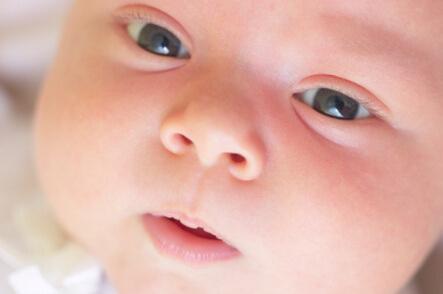 Is a ceiling fan for the nursery a great baby gift? I love finding simple ways to protect kids, and fans may be exactly that – a way to protect babies from one of parents’ greatest fears: sudden infant death syndrome, or SIDS. Thankfully, SIDS cases have already dropped by more than half since 1992, to only about 1 in 1900 babies. Even though SIDS is now uncommon, it remains the leading cause of death in babies after the first weeks of life and a gaping tragedy for the families who experience it. The big drop in SIDS over the last 15 years has been attributed to the campaign to have babies sleep on their backs. The theory goes that when babies sleep on their tummies carbon dioxide may pool around their nose and mouth; re-breathing this carbon dioxide may be the trigger for SIDS. This is consistent with observations that SIDS is more common with soft bedding and when the baby’s head is covered during sleep. Others are concerned that fumes, including secondhand smoke, may play a big role in triggering SIDS. If either idea is right, gently improving room ventilation could make a big difference.

Recently, researchers analyzed the circumstances of the SIDS deaths over three years in 11 California counties (including the county where I live). The results of the study were published in the October 2008 Archives of Pediatrics and Adolescent Medicine. Overall, having a fan on in the room where the baby slept slashed the risk of SIDS by 72 percent (to what would be about 1 in 6700 babies). The reduction in SIDS risk appeared to be even greater for babies who had other risk factors for SIDS, such as sleeping on the side or tummy, sleeping with an adult other than the parent, sleeping in a warm room, sleeping with closed windows, or not using a pacifier). This is especially important because almost 25 percent of young babies in the US still aren’t regularly put on their backs to sleep.

In this one study, just opening a window in the room where the child slept dropped the risk of SIDS by 36 percent (to what would be about 1 in 2900 babies). This may have been a statistical fluke: the number of SIDS cases over three years wasn’t enough to draw firm conclusions about windows. I hope a larger study is done to explore these results further.

In the meantime, I was already a fan of fresh air for sleeping babies. It makes sense to me to put young babies on their backs to sleep; to minimize volatile fumes in the nursery by choosing green products, by opening a window, and/or by filtering the air; and to avoid secondhand smoke wherever a baby sleeps. Now, I’d strongly consider a fan in the room where the baby sleeps to keep that fresh air gently circulating.