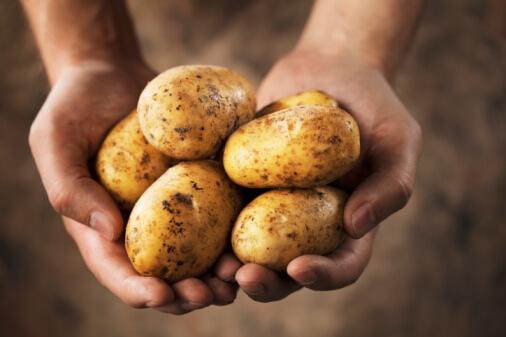 For some cultures, the staple food is rice; for some it is maize. For American children, the staple food is the French fry! Potatoes are consistently on the list of most pesticide-contaminated vegetables. In recent USDA testing, the Environmental Working Group found that 81% of potatoes still contained pesticides after being washed and peeled, and the average potato had the highest total amount of pesticides of all of the 43 fruits and vegetable tested12.

Organic potatoes make my list because by the time American kids are 18 to 24 months old potatoes are the most commonly eaten vegetables, mostly in the form of French fries13. This gives a big opportunity to exert our power to bring about change.

And potatoes aren’t just for kids. When surveyed, adults in the US reported eating an average of 3.6 servings of vegetables a day, with white potatoes leading the pack, accounting for about 30% of vegetables consumed14.

All of these potatoes represent well over a million acres of potato farms, yet there are only 6581 acres of organic potato production15 – actually less than there were in 2004, or even back in 2001. We’re going potato-backwards! Even though potatoes are the number one vegetable, and even though they can have the highest total amount of pesticides, someone must think we don’t want organic potatoes enough to push for them.