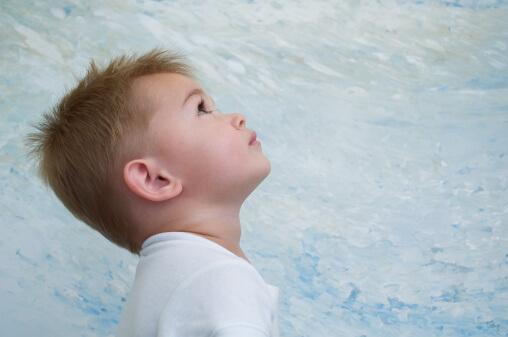 This contagious respiratory infection was first described on February 26, 2003. SARS was identified as a new disease by WHO physician Dr. Carlo Urbani. He diagnosed it in a 48-year-old businessman who had traveled from the Guangdong province of China, through Hong Kong, to Hanoi, Vietnam. The businessman died from the illness. Dr. Urbani subsequently died from SARS on March 29, 2003 at the age of 46. In the meantime, it was spreading, and within 6 weeks of its discovery, it had infected thousands of people around the world, including people in Asia, Australia, Europe, Africa, and North and South America. Schools had closed throughout Hong Kong and Singapore. National economies were affected. The WHO had identified SARS as a global health threat, and issued an unprecedented travel advisory. Daily WHO updates tracked the spread of SARS seven days a week. It wasn’t clear whether it would become a global pandemic, or would settle into a less aggressive pattern.

The rapid, global public health response helped to stem the spread of the virus, and by June 2003, the epidemic had subsided to the degree that on June 7 the WHO backed off from its daily reports. Nevertheless, even as the number of new cases dwindled, and travel advisories began to be lifted, the sober truth remained: every new case had the potential to spark another outbreak. SARS appears to be here to stay, and to have changed the way that the world responds to infectious diseases in the era of widespread international travel.

Causes And Risk Factors
SARS is caused by a new member of the coronavirus family (the same family that can cause the common cold). The discovery of these viral particles represents some of the fastest identification of a new organism in history.

The virus is clearly spread by droplet contact. When someone with SARS coughs or sneezes, infected droplets are sprayed into the air. Like other coronaviruses, the SARS virus may live on hands, tissues, and other surfaces for up to 6 hours in these droplets and up to 3 hours after the droplets have dried. While droplet transmission through close contact was responsible for most of the early cases, evidence began to mount that SARS might also spread by hands and other objects the droplets had touched. Airborne transmission was a real possibility in some cases. Live virus had even been found in the stool of people with SARS, where it has been shown to live for up to four days. And the virus may be able to live for months or years when the temperature is below freezing.

With other coronaviruses, re-infection is common. Preliminary reports suggest that this may also be the case with SARS.

Preliminary estimates are that the incubation period is usually between two and ten days, although there have been documented cases where the onset of illness was considerably faster or slower. People with active symptoms of illness are clearly contagious, but it is not known how long contagiousness may begin before symptoms appear or how long contagiousness might linger after the symptoms have disappeared.
Reports of possible relapse in patients who have been treated and released from the hospital raise concerns about the length of time individuals can harbor the virus.

The CDC has identified hand hygiene as the cornerstone of preventing infection. This might include hand washing or cleaning hands with an alcohol-based instant hand sanitizer.

People should be taught to cover the mouth and nose when sneezing or coughing. Respiratory secretions should be considered to be infectious, which means no sharing of food, drink, or utensils. Commonly touched surfaces can be cleaned with an EPA approved disinfectant.

In some situations, appropriate masks and goggles may be useful for preventing airborne or droplet spread. Gloves might be used in handling potentially infectious secretions.

Symptoms
The hallmark symptoms are fever greater than 100.4 F (38.0 C) and cough, difficulty breathing, or other respiratory symptoms. Symptoms found in more than half of the first 138 patients included (in the order of how commonly they appeared):

These symptoms are generally accompanied by findings on the chest X-ray and on laboratory tests.

Signs And Tests:
Listening to the chest with a stethoscope (auscultation) may reveal abnormal lung sounds. In most people with SARS, progressive chest X-ray changes or chest CT changes demonstrate the presence of pneumonia or respiratory distress syndrome.

Much attention was given early in the outbreak to developing a quick, sensitive test for SARS.

Specific tests include the PCR for SARS virus, antibody tests to SARS (such as ELISA or IFA), and direct SARS virus isolation. All current tests have some limitations. General tests used in the diagnosis of SARS might include:

Treatment:
People suspected of having the virus should be evaluated immediately by a physician and hospitalized under isolation if they meet the definition of a suspect or probable case. Antibiotics are sometimes given in an attempt to treat bacterial causes of atypical pneumonia. Antiviral medications have also been used. High doses of steroids have been employed to reduce lung inflammation. In some serious cases, serum from people who have already gotten well from SARS (convalescent serum) has been given. Evidence of general benefit of these treatments has been inconclusive.

Other supportive care such as supplemental oxygen, chest physiotherapy, or mechanical ventilation is sometimes needed.

Intensive public health policies are proving to be effective in controlling outbreaks.

Many nations have stopped the epidemic within their own countries. All nations must be vigilant, however, to keep this disease under control. Viruses in the coronavirus family are known for their ability to spawn new mutations in order to better spread among humans.

Call Health Care Provider:
Call your health care provider if you suspect you or someone you have had close contact with has SARS.