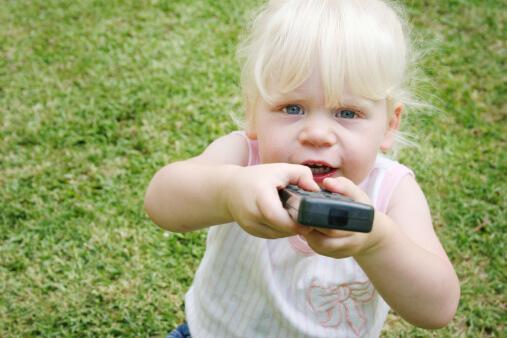 Today’s generation of children is growing up unlike any previous generation in history. In the last 10 years there has been an explosion of digital and electronic media available to and even targeted at children – even our very youngest children. Lots of DVDs are aimed at kids 0 to 18 months old. Television networks for toddlers, handheld video games for preschoolers, and computer games for children as young as 9 months. And of course, there is the Internet… What’s the impact of all this media on the young? Is it decreasing their time spent reading or playing outdoors? A preliminary study published in the May 2007 Pediatrics at least catalogued what is going on in today’s kids aged to 6 months to 6 years. Children in the study were reported (by parents) to watch an average of 1 hour 19 minutes on a typical day (more if there was a TV in the child’s bedroom, or in single parent families). In addition, children averaged 1 hour 18 minutes of DVDs. According to the parents, most kids do not play any form of video games on a typical day (only 16 percent of 5-6 year oldsdo), but those who do spend about an hour a day playing. By contrast, the kids were much more likely to spend time at the keyboard, either playing computer games or other computer activities – taking about another hour. This is starting to add up!

And the kids are quickly becoming comfortable using these media by themselves. More than half of the 6 month to 2 year olds were already turning on the TV themselves. Many were already inserting and watching DVDs on their own. By age five, more than 70 percent were comfortable navigating a computer with a mouse. They are off to a different start than we were.

We live in a digital world, and I am glad that kids are getting an early exposure to this ‘language’ of our new century – as long as it does not crowd out other important ‘languages’ to learn to understand and love at an early age: outdoor play, reading, and spontaneous and imaginative creation.

This study measured reading time and outdoor play time. Not surprisingly, some kids got plenty, others not enough. What was surprising, though, was that there was no difference in these items overall between those who spent many hours with digital media and those who did not. Media did not seem to be a culprit here! My take home: be sure kids are enjoying the important parts of childhood that we and our parents before us grew up with. Modern marvels can enhance their lives without crowding these out.

What’s your take? Many parents in the study were fans of bedroom TVs to help their kids sleep. Ironically, it seems that the televisions often worsen sleep in the short-run and lead to sleep problems down the road. They just keep our overtired children quieter.