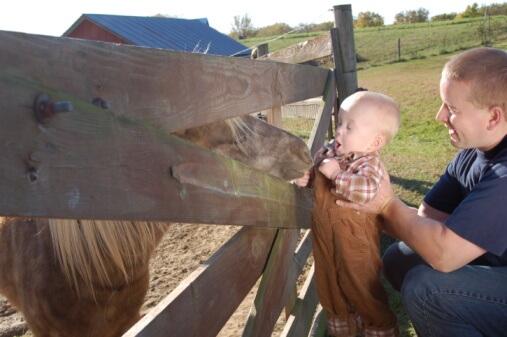 Dads matter. When people think about depression soon after a baby is born, they often forget about fathers. But many new dads do get depressed, and you can read their depression in their children’s behavior! Fathers and their well-being have an important effect on their babies’ development, but this has been too little studied.

The first large study, of over 8000 fathers and their babies in Finland, was reported in the June 25 – July 1 2005 Lancet. When the babies were 8 weeks old, about 4 percent of the fathers were depressed. This is consistent with the meager results from previous small studies around the world that report between 1 and 26 percent of new fathers become depressed. But the Lancet study looked beyond the first weeks of life and looked at the children when they were 3 ½ years old. Even after taking into account other factors (such as depression in the mother, or the family’s education and socio-economic status), father’s depression when the baby was 8 weeks old had an independent and significant impact on the child.

Conduct problems, hyperactivity, and total problems in the child were each more likely if Dad had been depressed. Dads matter. As I often remind mothers, if the ride is turbulent, and the oxygen masks should fall from the ceiling of the plane, first put on your own mask, so that you will be able to help your children. If it feels like the sky is falling, do the same thing – taking care of yourself is often the first step to being better able to love your baby. (This is also a good principle to follow if you are having the best time of your life.) Don’t hesitate to get medical help if you suspect depression in either parent. Either way, take time to take care of yourselves.

In the turbulent weeks after a baby is born, simple things often fall by the wayside. Strategize together to get the best sleep, delicious healthy food, and active exercise – for both parents. Staying connected as a couple is also very important. All too often, little things might make a father feel incompetent or like an outsider. Both parents need to feel supported, welcomed, and encouraged by the other – for themselves, and in relation to the new baby. Families matter.