Oops. Decreasing iron supplements to every other day. 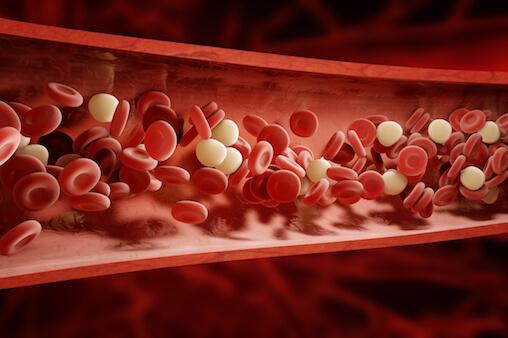 For years the standard way to give iron supplements was one dose a day. But when iron supplements are given to treat iron deficiency, only a small amount of the iron is actually absorbed — 2% to 28% depending on the circumstances and the study. This means if someone were to take a 25mg iron supplement at best only 7.5mg would be absorbed. Perhaps far less. The rest remains in the gut. In order to compensate for poor absorption, relatively large doses of iron are given – and the unabsorbed iron left in the gut contributes to the common side effects of taking iron (nausea and constipation). It can also increase inflammation in the gut and negatively affect the microbiome, the balance of beneficial bacteria in the gut.

How to solve the problem?

A standard recommendation for solving this has been to split the dose throughout the day in an attempt to increase the amount of iron actually absorbed and perhaps decrease the common side effects of taking iron. This has become a very common way to dose iron.

But when studied carefully in 2017, it turned out that multiple small doses throughout the day actually made the problem worse! The first dose in the morning triggered an increase in hepcidin in the blood, the molecule the body uses to decrease iron absorption. For at least 24 hours after that first morning dose, hepcidin remained high, and iron absorption was significantly reduced.

The researchers took this a step further and compared giving a standard single dose of iron daily versus the same dose every other day. Even though the people got the same dose of iron, those in the every-other-day group absorbed dramatically more iron (175 mg versus 131 mg total actually absorbed) – enough that could end iron deficiency with 25% fewer doses.

And more than twenty previous studies had already shown that decreasing iron supplements to non-consecutive days can greatly decrease bothersome side effects. Now we know that not only are there fewer problems with every other day dosing – but it’s more effective as well.

(Pro-tip: Hepcidin rises and falls with the circadian rhythm. Take iron supplements in the morning. 30 minutes before food. With vitamin C. Perhaps Monday, Wednesday, Friday. And see a list of my favorite iron-rich foods here.)