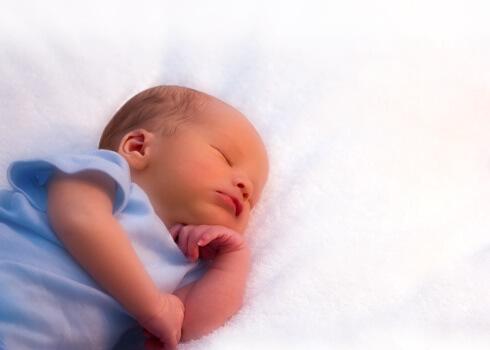 This week a mother came to HouseCalls Chat desperate to learn about fifth day fits. “I can’t find any info on the subject and I need to find out more about it,” orrynsmom wrote. “My son had fifth day fits when he was six days old. The seizures lasted 24 hours and he was checked from top to bottom. He is now 2 ½ and I haven’t seen any more problems, but I have not been able to find info on fifth day fits to relieve the constant worry I have.” I’m so glad she came to chat! Watching your child seize can be quite scary. It’s common for fears to linger long after the seizures are over – especially if people don’t know what the seizures mean. Thankfully, this is a story with a happy ending.

Seizures can occur at any time in life, but the newborn period is an especially common time. Structural brain problems, infections, metabolic problems, etc., can all cause newborn seizures. The most common type of seizures in the newborn period are what we call hypoxic seizures – a baby seizing from not getting enough oxygen to the brain. Newborn seizures are very important, and should be carefully evaluated to determine the cause.

There are two causes of seizures that are considered to be quite safe and benign – things you hope are diagnosed when newborn seizures are evaluated. One of these is called benign familial neonatal convulsions (BFNC), which, as you would guess, run in families. These seizures usually start on day 2 or 3 of life. Often these babies have 10 to 20 seizures a day, but these tend to be outgrown after 1 to 6 months, usually with no lasting or recurring problems.

I would be even happier to learn that a baby’s seizures were diagnosed as fifth day fits. These seizures usually start on day of life 4 to 6 in otherwise happy, healthy babies. They tend to be over within about 24 hours. They are considered quite benign. In fact, the formal name for them is benign idiopathic non-familial neonatal convulsions (BINNC). The word idiopathic just means that there is no other specific cause (such as an infection or metabolic problem). Some of these children may have seizures or other problems later in life, but most do not. One follow up study found later seizures in 0.5 percent of children with fifth day fits, but this is the same or less than the amount found in the general population. Parents have often reported to me that they remained scared for years after fifth day fits, waiting for “the other shoe to drop.” Thankfully, there should be no other shoe, no late surprises, from fifth day fits for a 2 ½ year old who is now healthy and developing well. It’s time to celebrate and then relax.