You've heard of DM cough syrups. How about DC cough remedies? DM is an abbreviation for an over-the-counter cough suppressant called dextromethorphan. What is DC? It.s the nickname given by members of the DrGreene.com community to dark chocolate. 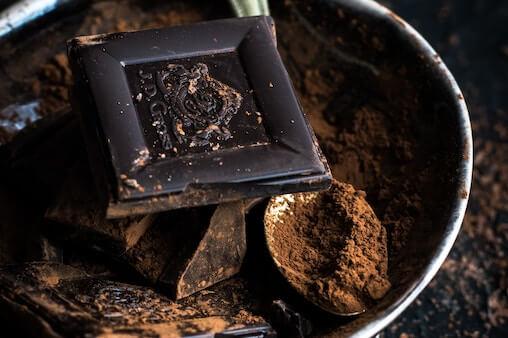 So your child has a cold, and can’t stop coughing. In the colder months, these sorts of viruses run rampant.

Coughing, is, at its core, a beneficial function of the human body, working to expel viruses, bacteria, and other particles that make their way into the respiratory system. Often coughing is a helpful mechanism and should not be discouraged. An exception, however, is when it comes time to rest.

We all know that being tired on top of being sick is a recipe for disaster, but there’s more to it than that. The body works much more efficiently at healing itself during sleep. There’s a reason the body naturally wants to rest when it’s under the weather. When coughing is so severe that it keeps a person awake, it may be a good time to look into options for cough suppressants.

Over $2 billion is spent every year on over-the-counter cough remedies, but it’s inconclusive as to whether the benefits outweigh the side effects. It may come as a surprise that there are, in fact, natural alternatives to the typical cough syrup. One, in particular, is more commonly found in desserts than in the medicine cabinet.

Research makes the case that dark chocolate may be a stronger cough suppressant than codeine. Researchers at the National Heart and Lung Institute in London generated a study in which healthy volunteers were given a series of undefined capsules. The first week the capsules contained 60 mg of codeine, the second week they contained 1000 mg of theobromine, a primary constituent in dark chocolate, and the final week they were given an inert placebo. Volunteers inhaled increasing amounts of capsaicin, a spicy component of chili peppers, to encourage coughing. While it was no surprise that codeine was effective at preventing coughs, what was discovered was that theobromine was 33% more effective than its prescription counterpart. Theobromine prevented coughing for four hours with no side effects. Similar results were seen when studying the vagus nerve in humans and guinea pigs, which triggers a cough response.

How can we take advantage of this at home? The darker the chocolate the higher the cacao content, and therefore the more theobromine is present, making milk chocolate ineffective for these purposes. Dark chocolate found in stores typically contains up to 450 mg of theobromine per ounce, making about two ounces a good dose for an adult, and about one ounce ideal for children. Fortunately, studies have shown that this amount of chocolate, without too much added sugar, is not enough to keep the body awake, but just enough to keep it from coughing. Sweet dreams indeed!

Last medical review on: February 06, 2020
About the Author