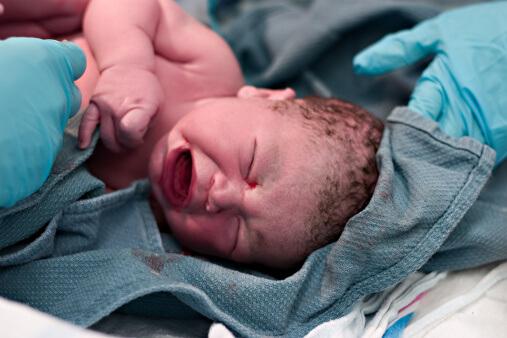 The timing of clamping and cutting the umbilical cord can make a difference in babies’ health – especially for babies born early. Clamping too late can lead to blood thickening, lung problems, and can interfere with important efforts to help get the baby breathing.

On the other hand, clamping too early can deprive the baby of a last squirt of valuable blood from the life-giving umbilical cord. Researchers from Brighton and Sussex University Hospitals analyzed the results of 7 different studies involving the timing of cord clamping in babies born early. The results appear in the October 2004 Cochrane Database of Systematic Reviews. They suggest the cord should be clamped and cut somewhere between 30 and 120 seconds after birth — the length of a television commercial — to give the baby extra blood. Doing this in premies cuts the chances of anemia and later transfusion in half. It also cuts the risk of later hemorrhage into the brain by almost that much.

Just 30 to 120 extra seconds of connection after the miracle of birth can be one last precious gift of pregnancy.