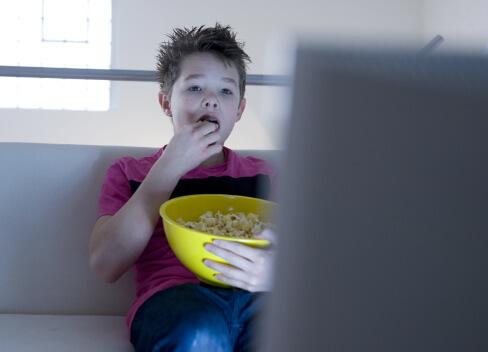 There’s good news and bad news. Dramatically good and dramatically bad. Duke University announced on May 28, 2003 the results of their 5-year randomized study on body fat. Two kinds of body fat accumulate as we gain weight: subcutaneous fat (under the skin) and visceral body fat (in and around the organs). It’s the huge increase in visceral fat that is the scary part of the obesity epidemic, and the reason that we are now seeing the diseases of middle age in many children.

In this study, vigorous exercise was the equivalent of jogging 17 miles per week on an exercise bike or treadmill which would take only about 30 minutes a day (with one day per week off)!. People in the study were not allowed to change their diets. Getting active is worth the effort.

This study was conducted in adults, but obesity is also an epidemic among children. I would expect their young bodies to be responsive to the benefits of physical activity as well.

Ever-increasing screen time has led to the most sedentary generation of children in history – and the most obese. Making a habit of active play every day is more than just good fun, it is the foundation of health both now and for the rest of their lives.