Are You Concerned with Food Safety? 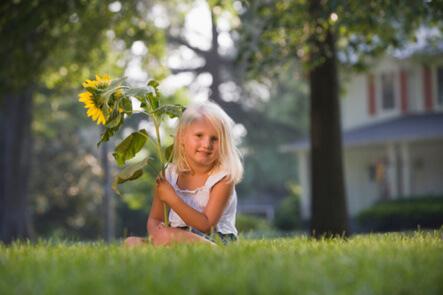 This important piece by Michael Pollan and Eric Schloser calls our attention to how these areas are being addressed this week in the halls of power:

THE best opportunity in a generation to improve the safety of the American food supply will come as early as Monday night, when the Senate is scheduled to vote on the F.D.A. Food Safety Modernization bill. This legislation is by no means perfect. But it promises to achieve several important food safety objectives, greatly benefiting consumers without harming small farmers or local food producers.

The bill would, for the first time, give the F.D.A., which oversees 80 percent of the nation’s food, the authority to test widely for dangerous pathogens and to recall contaminated food. The agency would finally have the resources and authority to prevent food safety problems, rather than respond only after people have become ill. The bill would also require more frequent inspections of large-scale, high-risk food-production plants.

Last summer, when thousands of people were infected with salmonella from filthy, vermin-infested henhouses in Iowa, Americans were outraged to learn that the F.D.A. had never conducted a food safety inspection at these huge operations that produce billions of eggs a year. The new rules might have kept those people — mainly small children and the elderly — from getting sick.

The law would also help to protect Americans from unsafe food produced overseas: for the first time, imported foods would be subject to the same standards as those made in the United States.

You would think that such reasonable measures to protect the health and safety of the American people would have long since sailed through Congress. But after being passed by the House of Representatives more than a year ago with strong bipartisan support, the legislation has been stuck in the Senate. One sticking point was the fear among small farmers and producers that the new regulations would be too costly — and the counter-fear among consumer groups that allowing any exemptions for small-scale agriculture might threaten public health.

Those legitimate concerns have been addressed in an amendment, added by Senator Jon Tester of Montana, that recently was endorsed by a coalition of sustainable agriculture and consumer groups. But now that common sense has prevailed, the bill is under fierce attack from critics — egged on by Glenn Beck and various Tea Partyers, including some in the local food movement — who are playing fast and loose with the facts.

Senator Tom Coburn, Republican of Oklahoma, is the bill’s most influential opponent by far. On the floor of the Senate the week before last, he claimed that only 10 or 20 Americans a year die from a food-borne illness, that the government doesn’t need mandatory recall power because “not once in our history have we had to force anyone to do a recall,” and that the annual cost of the new food safety requirements — about $300 million — is prohibitively expensive.

Senator Coburn is wrong on every point. According to the Centers for Disease Control and Prevention, some 5,000 Americans annually die from a food-borne illness. Last year, at the height of a nationwide salmonella outbreak that sickened thousands, spread via tainted peanut butter, the Westco Fruit and Nuts company refused for weeks to recall potentially contaminated products, despite requests from the F.D.A.

And as for spending that extra $300 million every year, a recent study by Georgetown University found that the annual cost of food-borne illness in the United States is about $152 billion. In Senator Coburn’s home state, it’s about $1.8 billion. Compared with those amounts, this bill is a real bargain.

In the last week, agricultural trade groups, from the Produce Marketing Association to the United Egg Producers, have come out against the bill, ostensibly on the grounds that the small farms now partially exempted would pose a food safety threat. (Note that these small farms will continue to be regulated under state and local laws.) It is hard to escape the conclusion that these industry groups never much liked the new rules in the first place. They just didn’t dare come out against them publicly, not when 80 percent of Americans support strengthening the F.D.A.’s authority to regulate food.

By one estimate, the kinds of farms that the bill would exempt represent less than 1 percent of the food marketplace. Does the food industry really want to sabotage an effort to ensure the safety of 99 percent of that marketplace because it is so deeply concerned about under-regulation of 1 percent? The largest outbreaks are routinely caused by the largest processors, not by small producers selling their goods at farmers’ markets.

Theodore Roosevelt ran up against the same sort of resistance when he fought for the Pure Food and Drug Act of 1906. “Unfortunately,” he said, “the misdeeds of those who are responsible for the abuses we design to cure will bring discredit and damage not only upon them, but upon the innocent stock growers, the ranchmen and farmers of this country.” That is one reason the federal government decided to guarantee food safety during the last century — and why it must continue to do so in this one.

Whether you are for or against the proposal, food issues deserve our attention and dialogue.