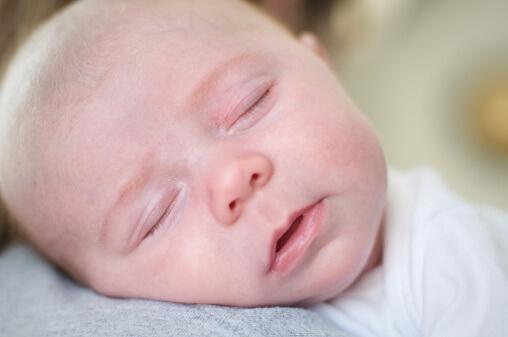 People used to be convinced that ulcer disease was caused by stress. The treatment of ulcers turned upside down when it was discovered and then proven that they were triggered by bacteria – it wasn’t a psychological problem after all. What if babies who cry a lot more than others aren’t just “fussy babies” but are crying because of bacteria causing their intestines to be swollen, red, and tender? A groundbreaking new study suggests that this may be the case.

The researchers measured stool calprotectin, a white blood cell protein that increases when the intestines are inflamed (red, swollen, and tender). Those babies with colic averaged stool calprotectin levels that were more than twice as high – at levels you would see in an older child diagnosed with inflammatory bowel disease.

Was the inflammation caused by food allergies? By infection? By the variety of bacteria that colonize the gut? Any of these seem like plausible explanations – though in this small study, many of the 19 babies who had colic were breast-fed or elemental-formula-fed, and had not responded to removing potential allergens from the diet.

The researchers analyzed the many species of bacteria in their intestines. They found a rich variety of species in the healthy babies, and a significant reduction of diversity in the babies with colic. They also found a particular family of bacteria, Klebsiella species, to be almost 10 times more common in those with colic.

Was the altered diversity of gut bacteria the cause of the inflammation? Or a result of the inflammation? Were Klebsiella species inciting agents or bystanders? It’s too soon to say for sure. But this study strongly suggests that colic is often an inflammatory condition of the intestines – not just a psychological or developmental condition. A revolutionary idea! And when parents say that their baby’s tummy hurts, they may be right.