What if giving probiotics to babies would reduce the symptoms of colic? What if the crying and distress of colic were related to bacteria in babies' guts? 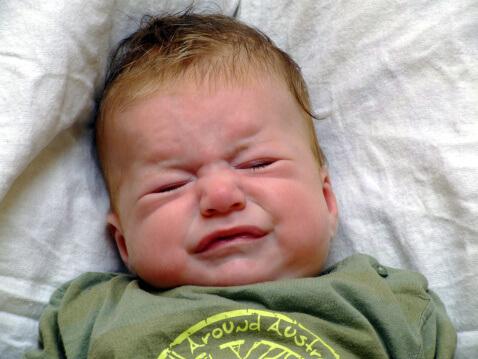 How about a fresh approach? What if simply giving probiotics to babies would dramatically reduce the vexing symptoms of colic? What if the crying and distress of colic were related to the mix of bacteria in babies’ guts?

Researchers at Regina Margherita Children Hospital in Turin, Italy decided to find out. They recruited 90 healthy, breastfed babies who had been crying for more than 3 hours a day for more than 3 days a week. Half of the babies were given 5 drops a day of beneficial gut bacteria (the probiotic L. reuteri) for 28 days; the other half got 15 drops twice a day of simethicone, one of the most commonly used colic treatments. All of the moms were asked to follow a cow’s milk free diet.

Clearly, more research is needed into this approach to colic treatment, but the preliminary research is already very exciting. It seems wise to me to nurture healthy bacteria in babies. Simple steps include, where possible, probiotics for Mom, vaginal birth, immediate close contact with the mother, exclusive breastfeeding, and avoiding things that can kill the beneficial bacteria (such as unnecessary antibiotics or chlorine).