Cars: Hotter Than You Think 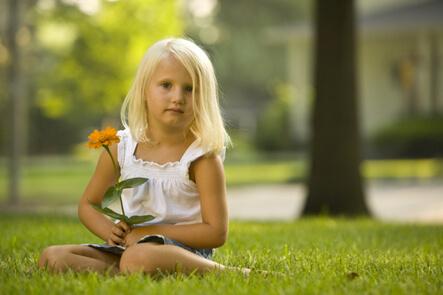 Kids (and pets) left alone in cars have died from heat stroke on days as cool as 70 degrees Fahrenheit. How can this be? We all know that on hot August afternoons the inside of cars can become unbearably hot. But researchers at Stanford University School of Medicine have shown that parked cars can heat just as quickly on mild days – even if the windows are cracked open.

Their study, published in the July 2005 Pediatrics, documented that on sunny days, even if the temperature is a relatively cool 72 degrees, the inside temperature of the car will reach 117 degrees within 60 minutes of turning the car off (and will top 108 degrees within 30 minutes!). Leaving the windows open 1.5 inches made no difference in the final temperature or the rate of rise. Cooling the car with an air conditioner before parking made no difference in the final temperature, but did delay the peak by 8 minutes. On hot days, the rate of rise is the same, but dangerous temperatures can be reached within 5 minutes of closing the car doors, even if the windows are cracked. Overall, when the outside temperature was anywhere between 72 and 96 degrees, the inside temperature rose by an average of 32 degrees in the first 30 minutes.

The results of this can be devastating. First comes heat stress, the discomfort and strain from being left in the hot car. Next, heat exhaustion, where the children or pets can’t get rid of their extra heat and their body temperatures begins to rise. Heat exhaustion often includes intense thirst, anxiety, weakness, headache, nausea, dizziness, and fainting.

Finally, there is heat stroke when the body temperature tops 104 degrees, with no way to get rid of the excess heat (unlike fevers of 104 degrees). For half of those with heat stroke, it results in delirium, convulsions, coma, and death. Even with heat warnings, children die from heat stroke in parked cars every year. It can happen even if the temperature on the other side of the car window is a balmy 72 degrees. Laws regarding leaving young children unattended in cars exist in 9 of the United States. Regardless of the law where you live, preventing heat stroke is straightforward: don’t leave young children or pets unattended in the car. Even for a few minutes.

Last medical review on: December 01, 2005
About the Author