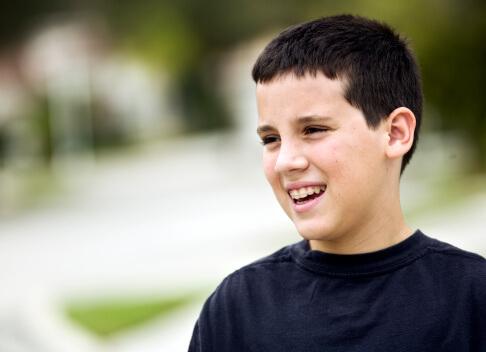 What kind of exercise is most effective for burning fat in children? A new study delivers an objective answer. It’s no secret that childhood obesity has become a major problem, nor that physical activity is an important tool for preventing and reversing weight problems.

As far as I know, a recent French study is the first study to measure the effect of different intensities of exercise in both lean and obese children. The kids in the study were pubescent boys with an average age of twelve. They worked out on an exercise cycle at varying intensities and the actual amount of fat they burned at each level was measured.

The results were published online April 2, 2008 in the British Journal of Sports Medicine.

The obese boys, though, burned very little fat at that level of exercise – it was hardly better than not exercising at all. Their peak fat burning came at 30 to 50 percent capacity.

It appears that increasing the amount of time spent in low-intensity aerobic activities such as walking, biking, and casual outdoor play may be a valuable way to reduce fat in those who are already obese, while more strenuous activity, such as running, basketball, or soccer, may be the best way to burn fat and to prevent obesity in those who do not yet have a weight problem.