Breakthrough Test for Down Syndrome 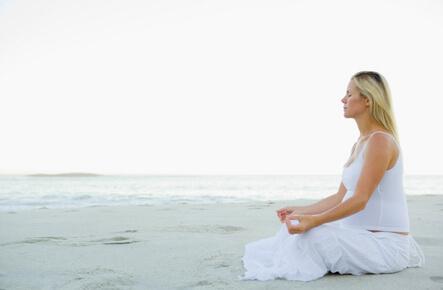 A new technique could revolutionize diagnosis using a new test for Down syndrome in a way that mothers will love. All it takes is 1/2 tsp of the mother’s blood for stunningly accurate results.

Then Not long ago the plan was for every pregnant woman over the age of 35 to be offered amniocentesis or chorionic villus sampling (CVS) for the diagnosis of Down syndrome. These tests are quite accurate because they directly count the chromosomes of the fetus to detect three copies of chromosome 21, the defining characteristic of trisomy 21 (Down syndrome). But there were two problems:

1. About 5% of pregnant women in the US received these invasive tests. Amnio requires a needle to be passed through a mother’s abdominal wall and through the wall of her uterus into the fetal environment to collect a sample of amniotic fluid. The miscarriage rate is somewhere between 0.03% and 0.5%. And parents often don’t get an answer until 18 weeks pregnant. With CVS the needle can be passed either through the mother’s abdominal wall or through her cervix to get a sample of the placenta. Results are available as quickly as two months earlier than with amnio, but the miscarriage risk is 1%. When you consider the millions of women who have had amnio or CVS, the miscarriages are not trivial.

2. Only about 30% of Down cases were picked up with this plan; 70% were missed! Even though older women are a higher risk group, more babies are born to younger women.

Today’s Status Quo Experts began to use clues from prenatal ultrasounds and from combinations of markers found in blood tests of mothers to more precisely target who would benefit from amnio and CVS. As the blood tests progressed from double to triple to quadruple combinations the accuracy increased — but the items tested were still circumstantial evidence that often go along with trisomy 21, not the chromosomes themselves. This led to the current status quo:

2. About 90% of cases of Down syndrome are picked up by this screening program; about 10% are not picked up until birth because their mothers never received amnio or CVS.

The Breakthrough A simple, non-invasive new test for Down syndrome reported January 2011 in the BMJ directly counts the trace levels of fetal chromsomes that make their way into the mother’s blood. The test is simple from the mother’s perspective, but uses sophisticated massively parallel gene sequencing to get the job done. More than two million tests are performed on each 1/2 tsp sample. The new test, which can be performed in the first trimester, appears remarkable:

1. In this study, the test for Down syndrome was able to detect 100% of cases. A negative test appears to virtually rule out the presence of Down syndrome.

2. Because there is a small false positive rate, confirmatory amnio or CVS would be recommended for those with a positive test. Nevertheless, this new test would eliminate the need for about 98% of all amniocentesis and CVS.

A New Era This gene-sequencing blood test is not yet routinely available. But it is a clear glimpse of the near future, when non-invasive sequencing tests will be able to precisely and directly diagnose many conditions better than ever before.