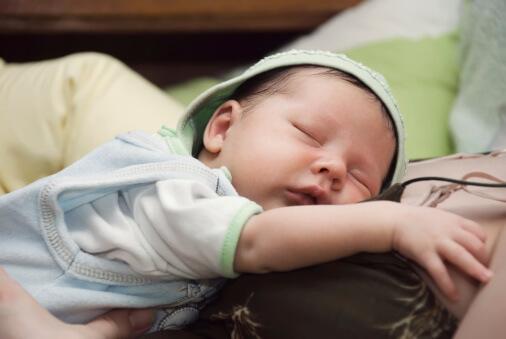 For some parents, the idea of planning to have their baby born at home feels natural and normal; for others, especially in high-tech countries, the idea of a home birth may feel frightening and unnecessarily risky. Conflicting medical opinion has made the truth of the situation murkier, with the American Public Health Association encouraging more babies to be born at home, and the American College of Obstetricians and Gynecologists opposing it.

To help move beyond emotions to a clear-eyed view of the risks and benefits of home births, researchers looked at what happened to the babies of all of the women in the United States and Canada with due dates in the year 2000 who engaged the services of a certified professional midwife for a planned home birth. The results of this study of 5418 women and their babies were published in the June 18, 2005 British Medical Journal.

Of course, the C-sections weren’t performed at home. At some point after labor began, about 12 percent of the women who planned to have their babies born at home ended up being transferred to a hospital. The midwife considered the transfer urgent for either the mother or the baby in about 3.4 percent of deliveries. To me, one of the key things to weigh when considering a home birth for a low risk pregnancy is the speed and level of expertise at which state-of-the-art emergency support is available if needed. In this situation, each minute is precious. I would like to see the implications of urgent transfers studied more closely.

However, for more than 96 percent of planned home deliveries of low risk pregnancies, emergency care never became an issue. For most, the home was turned into the peaceful place where the baby first met the world, the cord was cut, and the baby first nursed at her mother’s breast. More than two thirds of the financial costs were saved, many interventions were avoided, and there was no added mortality risk.