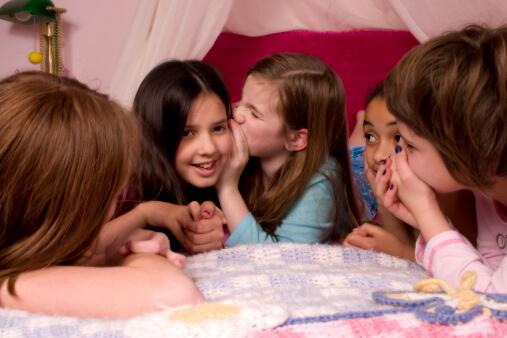 We know that parents communicating with kids about sexuality can have powerful effects: on average it delays the age of first intercourse, increases the chance of contraception if they do have intercourse, and decreases the number of sexual partners – even if the talk doesn’t go as well as parents hoped. The National Institute of Mental Health and the CDC funded a study into “The Big Talk” to see what is most important about this talk for having the biggest positive impact.

They especially considered which is more important, the breadth of topics covered or the number of times the conversation is revisited. The results were published online in Pediatrics in March 2008. Because sexuality is a sensitive subject to discuss with one’s children, parents often focus on limit conversations to “safe” topics, such as changes in the body during puberty, how babies are conceived, and possible negative consequences of sex, such as sexually transmitted diseases. Many parents avoid or rush through more delicate topics, such as masturbation, orgasm, sexual decision-making, and how to use condoms. Many teenagers feel a gap between the topics that their parents cover during sexual discussions and the more personal topics they really want to learn about. Many parents and teens feel a bit let down by the talk.

In this study, researchers analyzed the conversations for completeness by comparing them to a list of 22 topics, such as “how you will make decisions about whether to have sex,” “consequences of getting pregnant or getting someone pregnant,” “how to choose a method of birth control,” “what it feels like to have sex,” “how well condoms can prevent sexually transmitted diseases,” and “how to say no if someone wants to have sex and you don’t want to”). Teens whose parents covered more topics felt that their sexual discussions occurred with greater openness than did those who discussed fewer topics.

Repetition – discussing sexuality multiple times – was far more important than the breadth or depth of the discussions. Teens who had more sexual conversations with their parents felt closer to their parents, felt more able to communicate with their parents in general, felt more able to communicate honestly about sex in specific, and perceived that discussions occurred with greater openness than did teens who had fewer talks, or worse yet, just one Big Talk.

This is good news, taking the pressure off parents. The key isn’t getting one moment right, but at least once kids are in middle school, checking in with them early and often about sexual matters, answering whatever questions they may have.