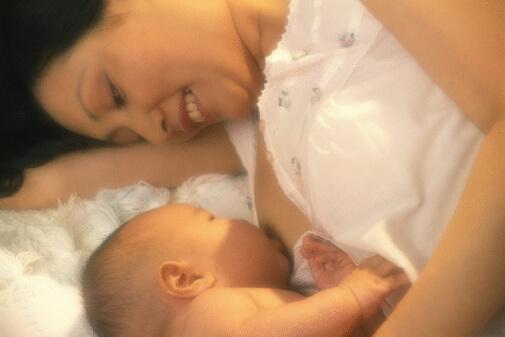 Breastfed babies have longer sleep cycles than formula-fed babies, according to a study in the January 2004 Archives of Diseases in Childhood, but the breastfed babies are also more easily awaken. This might help to prevent SIDS. In the study, researchers used nasal air jets of varying force in an attempt to awaken the sleeping babies (something exhausted parents might shudder even to consider!). Formula-fed babies are tougher to wake up mid sleep cycle – much like babies who sleep on their tummies or who are exposed to second-hand smoke.

The authors recommend breastfeeding babies at least through the peak time of SIDS, between 2 and 4 months of age, so that babies won’t sleep as soundly. To me, this also suggests a word of encouragement to parents whose babies wake up so easily at night. Perhaps the very trait that is exasperating you now, is also thanklessly protecting the baby you love, so that you will be able to enjoy that precious little treasure when you’ve caught up on your sleep!